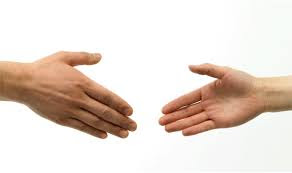 Independent Review of Support for Publishing and Literature in Wales.

from P56, on English-language publishing in Wales

The Panel recognised that some of the small publishers supported by the WBC have had a sprinkling of prize-winning or prize listed books over the years, but have never looked remotely like becoming self-supporting operations. This is not to blame them. It seems that, as long as funding is only available specifically to publish new Welsh writing, then that is what they will continue to do, as a grant is far more reliable than simply relying on sales. If these publishers, or indeed anyone wishing to set up as a literary publisher in Wales, wanted to be self-supporting, it is highly unlikely that they would build their business model exclusively on publishing new writing from Wales.
…………….

The Panel felt that the Welsh Government should consider whether they want to continue, as now, funding publishers of Welsh literature or – and this would be more expensive in the short term, but potentially only in the short term – helping to set up publishers based in Wales to publish internationally, both in terms of the authors they publish and the markets into which they seek to sell.

If, however, the real aim is – as it traditionally has been – to make sure that Welsh writers get a fair opportunity - that talented novelists from Wales will indeed find a publisher, then we need to consider whether that really needs market intervention. That is to say are talented Welsh writers really likely to be ignored by the London publishing establishment or not?

The Panel noted that it seems quite telling that the three books shortlisted for the English language section of the Welsh Book of the Year in 2016 were all published in London, by Faber & Faber. It is possible to identify Welsh writers who have been talent spotted by Welsh publishers – e.g. Cynan Jones and Rachel Trezise – and have gone on to be published in London. Would they have found a London publisher without getting their start in Wales? Probably but not necessarily. What is clear is that publishers in Wales are unable to fully support a publishing career – no author who hopes to make a living from their work is likely to stay with a Welsh publisher as things stand.

The Panel felt that the danger for grant funded Welsh publishing is that it becomes a cosy and complacent small-scale industry which has a minimal influence on the culture of Wales as a whole. However, it needs to be said that - given the current level of funding – and given the wider context of publishing in the UK – that is probably all one can reasonably expect.

This is all very interesting, and a little disappointing. There seems to be a weary acceptance on the part of the Panel that Welsh publishing MUST be heavily subsidised if talented writers are to emerge and be given a fair chance of succeeding in the wicked commercial world.  An issue that the Panel fails to address is the issue of all those untalented Welsh writers who think they are terribly good, and who mop up subsidies simply because they are there.  Both the mainstream Welsh publishers and Literature Wales connive in the writing and publishing of a stream of books that nobody really wants and hardly anybody buys. As the Panel notes elsewhere, sales figures are notoriously difficult to come by -- and that in itself is extraordinary, given that the great majority of books in Wales are published with the aid of public funds.  There is no requirement for accurate reporting of commercial success or failure.   The situation is then portrayed as demonstrating "a vibrant literary culture in Wales".  THAT is what the Panel really should have addressed much more aggressively.  Do the benefits of the current publishing scenario actually justify the costs?  I am quite convinced that they do not.

Let's just repeat this:  The Panel felt that the danger for grant funded Welsh publishing is that it becomes a cosy and complacent small-scale industry which has a minimal influence on the culture of Wales as a whole.

Dylan Moore said this in 2012 in response to one of the tirades from columnist Julian Ruck:  There must be countless books published in Wales over the last decade that would not exist but for the financial support given to publishers through the Welsh Books Council. These books may well have pitiful sales figures by mainstream commercial standards. This is not something that can be dismissed out of hand. If the writing and publishing community in Wales takes itself seriously, it can not on one hand point to Ruck’s publication through a vanity press as evidence to discredit his views whilst propping up a system that is merely an elaborate, state-sanctified version of a vanity press.