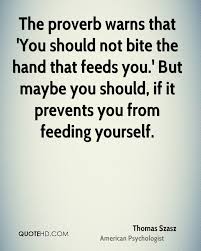 As a general rule, you do not bite the hand that feeds you.  Most dogs know that, and so do most of the writers of Wales, who are sustained to some degree by a pervasive subsidy culture both inside and outside our great educational institutions.  As long as there are such things as writer’s bursaries and publishing grants, people will apply for them, and sometimes get them, and will thereafter be eternally grateful to their benefactors.  So it is not surprising that there is a broad base of support for Literature Wales, the conduit through which most funds are passed to the writing community.

I’m intrigued by the fact that the Medwin Hughes Panel, in putting together its review of Welsh literature and publishing, raised the issue of subsidies and said this:  "The Panel felt that the danger for grant funded Welsh publishing is that it becomes a cosy and complacent small-scale industry which has a minimal influence on the culture of Wales as a whole…....."


Was this expressing a concern about the future?  As I see it, that's a pretty accurate reading of the situation that already exists.

I have done a number of blog posts on this already, and I have been looking again at the comments received by the Panel during its consultation phase.  These comments have struck me:

"Selling books is a finer achievement than winning prizes and does more to raise the profile of writers in Wales."

"Do not pander to the subsidy-junkies because they cannot, meaningfully, provide useful large-scale employment to the publishing."

"I don't think English language fiction and non-fiction should be subsidised - they should be subjected to market forces. Whilst this would reduce the amount and nature of what is published, overall it should improve quality via proper editing and reduce the number of niche works by the same old names."

"There is a clique of the same writers who receive a disproportionate amount of support/publication subsidy."

"The funding model means most publishers in Wales are actually incentivised NOT to sell lots of copies of a book, as this would leave them with a tougher case to make for winning the next grant. The whole scene is doomed to amateurism and as a result cannot produce a product capable of selling outside of Wales, and often not even capable of selling within Wales. I know no system like it in the world."

Subsidy junkies?  Writing clique?  Amateurism?  Cosy and complacent?  The more I think about it, the more convinced I become that a little more exposure to the hard commercial world might make the Welsh literary and publishing scene both leaner and more efficient.  That could be done without in any way threatening our civilisation and our great Welsh cultural traditions.

This is what needs to happen, and for what it’s worth I recommend it to the Minister Ken Skates while he ponders on what to do next:

He should bring in a rule stating that if a book sells fewer than 1,000 copies in its first two years, any grants and subsidies awarded must be paid back. That means REAL audited sales, involving real money, and excluding all returns. No skulduggery and creative accounting.  No more complacency.  This would encourage writers to think much more seriously about what they should spend their time on, and encourage publishers to be much more selective about what they publish.  With a bit of luck, we might get a move away from large-scale vanity publishing by a mutual admiration society into something which concentrates on what the market actually wants.  We might also get a recognition that publicity and marketing need to be taken much more seriously in Wales by a publishing industry which has been largely protected from this nasty thing called commercial risk.