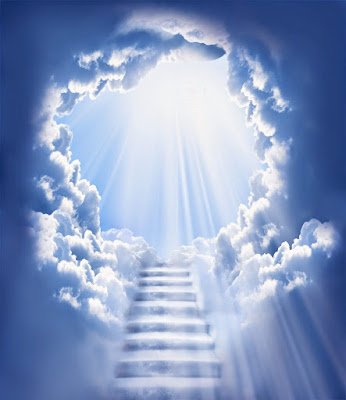 I'm grateful to the Welsh Books Council for the provision of figures relating to grant aid in the publishing sector in Wales. Here is the information provided:

This is all very instructive.

When we look at Welsh-language books, we see that the big six publishers (called Programme Publishers) are much more dependent on grant aid than the smaller publishers. In the children's book market, 80 out of 143 titles published by the Programme Publishers were grant-aided, and in adult books 68 out of 93 titles were grant-aided. In the children's books market, the smaller publishers were much more prepared to take commercial risks, and only 16 out of 77 titles were grant-aided. That's quite a surprising figure. Adult books in Welsh from the small presses were also heavily supported -- with 26 out of 38 titles grant aided.

Turning to English-language books, we see a much more dramatic dependency on grant aid from the five Revenue Publishers (the big ones -- Gomer, Honno, Seren, Firefly and Parthian) to the extent that they appear to be virtually averse to taking any commercial risks at all. The figures speak for themselves -- 12 out of 13 children's books are grant aided, and 52 out of 59 adult books are grant-aided. The smaller publishers are more prepared to take risks -- only 5 out of 20 children's books are grant-aided, and grants were only awarded to 31 adult titles out of 132 published.

I'm not surprised that Welsh-language publishing is heavily grant-aided; it does, after all, involve a much greater commercial risk than publishing in English.

I'm also not surprised that the small presses are commercially more adventurous than the big ones, and since many of them publish only one or two titles a year they are probably not geared up to filling in elaborate grant application forms and dealing with all of the extra monitoring and reporting requirements insisted upon (quite rightly) by WBC. So they just get on and publish things, just as small presses in England do -- in the hope that they will sell, and that they will not lose money.

But I'm shocked at the degree of "grant-aid dependency" that exists among the larger Welsh publishers. Out of 308 titles published by them during the year, 212 were grant-aided. That's no less than 69%. Is it really the case that the larger publishers are convinced that more than two thirds of their published titles are doomed to be loss-making and therefore require grant aid in order to be published? A more likely explanation of this phenomenon is that the larger publishers have developed a business model in which grant aid is a key component. They have learned to fill in the application forms and how to maintain "good practice" as far as WBC is concerned -- and since book sales do not seem to matter, the default position is that virtually every book considered for publication needs to demonstrate its ability to make a loss. Just think about it -- it is a truly extraordinary situation. As Martin Rolfe noted some time ago, "WBC turn down applications which, when costed, show that no loss is forecast to arise.”

On the matter of costs, let's look at some of the figures which we can extract from the tables in the WBC Annual Report for Year 2016-17.

232 Welsh-language titles were "supported" at a cost of £449,063 with assumed average sales of 831 copies (those are actually the sales of 2014-15 titles after two years of market exposure......). The average grant per title was £1,935. This probably reflects the large proportion of "small" children's books in Welsh, and small print runs.

According to "The Bookseller" the five big Revenue (English-language) Publishers received £250,000 in the tax year 2016-17. It seems that 74 English-language titles were published with grant aid totalling £301,248. Also, 25 author advances (totalling £42,000) were paid, and 21 marketing grants were paid. 48 titles were published by the 5 "revenue publishers" at a cost of £248,798 -- ie £5,183 per title. Individual grants to smaller publishers totalled £52,450 for 26 titles, working out as £2,017 per title. The average grant across all 74 titles was £4,070 per title. The very high average grant per title to the larger publishers probably reflects larger print runs and more ambitious publishing projects including glossy hardback volumes.

Overall, the publishing grant aid programme from the WBC has expended over £750,000 during the last tax year on the support of 306 titles -- representing an average grant of £2,450 per title. The grants are more than adequate to pay for the full production costs of books designed for the Welsh market, which will generally have print runs of perhaps 1,000 copies. This means that Welsh publishing is effectively a risk-free enterprise, for those publishers who are supported within the system.

As I suggested a couple of months ago, we need to focus much more sharply on value for money.

Apart from the "average sales figure" for Welsh-language books published in 2014-15 (831 copies) there is no indication anywhere in the WBC Annual Report of how successful any of the published books has been. Some might say that sales figures are "commercially sensitive information" -- but that information should most definitely not be treated as confidential where the full publishing cost of a book has come from the public purse. We now know that WBC does collect and collate book sales figures. We must hope that the figures represent REAL sales, excluding free copies, review copies and returns, for those titles that are grant aided. I cannot see that any of the publishers in receipt of subsidies would object to full disclosure of their sales figures; if they want these sales figures hidden because they are embarrassed by them, they should not be publishing those titles in the first place.

There is a transparent grant application process for publishers, but who decides which authors will be commissioned to write things, and which ones will receive publishing advances from WBC? Are those monies returnable if and when books become successful, or if they fail to get into print?

All in all, the "success" of the Welsh publishing industry seems to be measured simply by counting the number of books produced, with no account taken of either market demand or actual sales figures. Publishing is a commercial business, and if publishers cannot be bothered to work out what demand there may be for the titles they publish, they should be required to carry the full commercial risk themselves, instead of publishing (at the taxpayer's expense) a stream of titles which very few people want and hardly anybody reads.

I suggest that in publishing, as in other sectors of the economy, “value for money” must be quantified in some way, rather than being measured qualitatively by something as vague as “cultural value” or worthiness. This is actually quite a big issue, and it deserves to be discussed.