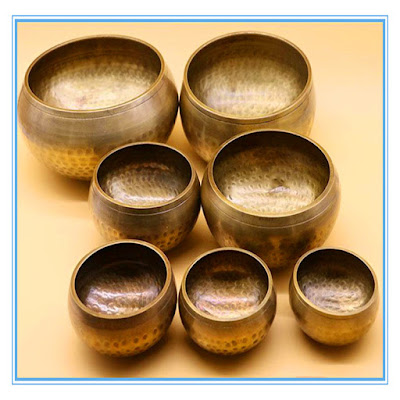 I've been around long enough to have rather a lot of contacts in the writing and publishing community -- and I was intrigued by a message today from a friend (Catrin Collier) who is one of the most successful writers in Wales (1).

Catrin referred to the "perception that corruption -- real or imagined -- exists in our profession", and drew my attention to an old adage often repeated in commercial publishing houses: "When English writers write a book they look for a publisher - Welsh writers look for a bursary".

I have been saying this for quite some time in this blog and in letters to the powers that be (2) -- but I had not realised that this was a common perception among the publishing houses based in London and elsewhere. If this is true -- and I am prepared to trust Catrin in this — we should be very worried indeed. For what it means is that Welsh writers who do have real talent and deserve to get a break in the world of commercial publishing -- or who may simply be seeking to find an agent -- will simply be tarred with the same brush as all those in Wales who subsist on subsidies and who publish books that the market does not want and the public will not read (3). Everything is devalued. Those who ride on the gravy train think of themselves as "validated writers" because Literature Wales has shunted £3,000 in their direction, whereas their talents may be very modest indeed (4).  Or maybe non-existent.  And the perception spreads that nothing good ever comes out of Wales. Sounds familiar?  Michael Sheen has recently commented upon this in other contexts (5).

Should we be angry?  Yes, we should.  Is the system corrupt?  Yes, of course it is, when among the recipients of bursaries we see university professor Alan Llwyd and others who are probably earning salaries in excess of £70,000 per year (6), and others including Hefin Wyn, Daniel Davies and Karen Owen who receive multiple grants so that they can (over and again) "buy time to write.” (7)  It's easy to justify the subsidy scheme on the basis that every now and then a real talent emerges from the crowd (8) -- but the effective isolation of writers and publishing houses from the commercial realities of life MUST in the end be counter-productive.

The Welsh writing and publishing scene is frequently represented by Literature Wales as being "vibrant and exciting” (9) -- but it is nothing of the sort.  It is more dead than alive.  So do we want the literary scene in Wales to become a laughing stock across the rest of the world, or do we want it to be respected? (10)  If we really do want the latter, we need to cut off bursaries completely or make them conditional on actual sales performance;  we need to cut dramatically the number of books being written and published in Wales; and we need to expose the whole industry to the cold realities of the commercial world.    Is the Welsh Government up to the task?  I wonder…….

This article is an annotated version of one published a couple of days ago, under the title "An industry that's lost its way." Since the article -- clearly and unabashedly an opinion piece -- was of rather broad interest to the local community of writers and readers I put a short note about it onto the PENfro Book Festival Facebook page and provided a hyperlink in case anybody wanted to read it. I thought maybe we could get a jolly discussion going.......... (There was no attempt on my part to pretend that the opinions expressed on my blog were those of the Committee or the Festival -- and I was acting in accordance with our decision back in October. This is what we said: "We are happy to make it clear that we encourage participation and debate within our community of readers, writers and publishers. We will post items containing opinions or comments, with the name of the person (usually a committee member) making the post. It goes without saying that the PENfro committee does not necessarily endorse the opinions of individuals! We welcome comments and ripostes, so long as the are "on topic" and are not defamatory. We will also try to report matters of common interest in the literary and publishing scene which might not get any coverage in the mainstream media. Please let us know if there are any issues that you think we should cover. ")

That was all pretty straightforward. But the content of the blog post was obviously too much like strong meat for some to swallow, and a complaint was made to our Chair by an anonymous "friend of the Festival" on the grounds that the piece was based on hearsay and that it was unsupported by evidence. She contacted me, and I explained that this was a social media opinion piece, not a research paper in a peer-reviewed journal, and that you don't cite your sources in opinion pieces. Anyway, she was concerned that the piece, and its link to the PENfro Facebook page might cause some loss of goodwill in certain quarters. Life is too short to risk the loss of good friends, and so I acceded to her request and removed the offending post......

As I explained to her, this leaves me very worried, since it smacks of an Orwellian world in which discussion and dissent are not tolerated, and where the establishment does what it likes and keeps everybody else in thrall. I still have this image in my mind of a community of subservient and cowed writers sitting in a row with their begging bowls, scared to death of upsetting Literature Wales and the other distributors of largesse! From my point of view, that's thoroughly demeaning and degrading. Frightening too, if all the writers concerned do not see what is happening to them.

Anyway, the post was not all hearsay and unsupported rumours and assertions. It was perfectly well founded and supported by mountains of evidence. Some of it is contained within the notes added below.

Final thought -- ironic, isn't it, that we in the writing community say over and again that we will defend the right to free speech with our lives, and then apparently cannot cope with any debate about how we organize ourselves?