Some films shot (partly) in Pembs 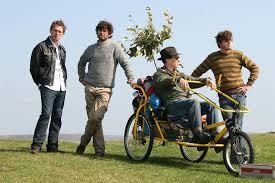 A study in despair 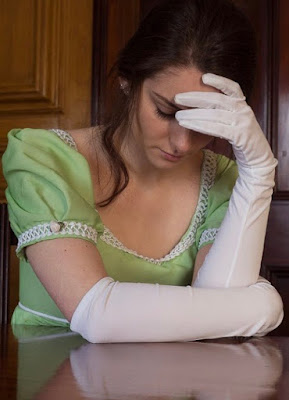 This is one of the strongest images in our gallery -- Martha in a state of despair, as she is in quite a large part of "On Angel Mountain" and for the first part of "House of Angels."  This captures the mood of the stories beautifully -- thanks to Rhiannon and Steve!
Posted by BRIAN JOHN at 12:09 No comments:

Cwrt, a model for Plas Ingli 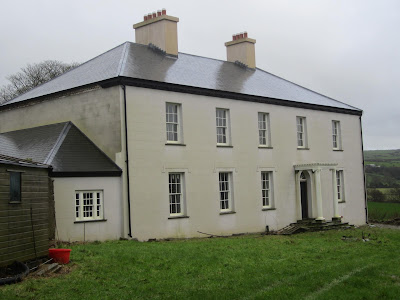 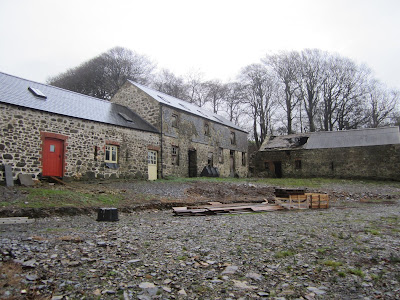 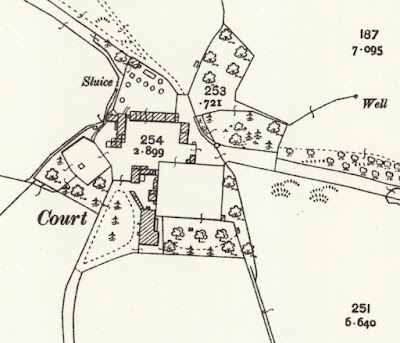 I have been intrigued by Cwrt for many years, just up the hill from Llanychaer.  It's been rescued and refurbished, which is wonderful.......

In the novels, George Price (one of Martha's implacable enemies) lives at Cwrt, and it is later bought and lived in by Wilmot Gwynne, one of my favourite characters from the novels.  These parts of the story are in "Dark Angel" and then "Flying with Angels."

The farm buildings and the layout of the house, walled garden and farm give us a fine idea as to the appearance of a typical Georgian squire's house -- quite pretentious, but not quite grand enough to be called a mansion.

The roadway at bottom left leads up from the Lodge, just over the bridge from the hamlet of Llanychaer.  Note that it leads to a circular driveway leading visitors to the front entrance of the house.  The roadway at top left is the one used nowadays, but originally it was the "back entrance" used by the farm.  We can see the walled garden and the beautiful suite of buildings around the farmyard -- it's good to see that these buildings too are being restored.

The water supply came from a spring or well, and there must have been a pond near the sluice.  The features shown to the north of the farm buildings are probably bases for hay and corn ricks.

So this was one of my models fopr Plas Ingli......

The image comes from the OS 25" map series, which can be accessed here: 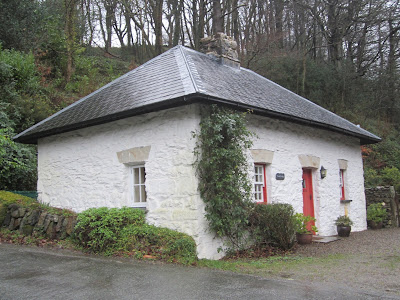