Every artist -- whether in the field of music, visual art or written fiction -- tries, now and then, to unsettle the viewer, listener or reader.  How unsettling is this?  Intensely moving -- and somebody on YouTube had the idea of putting Hilmarsson's music called "Coffin" with this painting called "Prigione di Lacrime" by Roberto Ferri﻿.  And it works.  Some sort of magic is achieved by the combination of music and image --  and a still image here is much more effective than a moving one.
Posted by BRIAN JOHN at 13:18 No comments: Links to this post 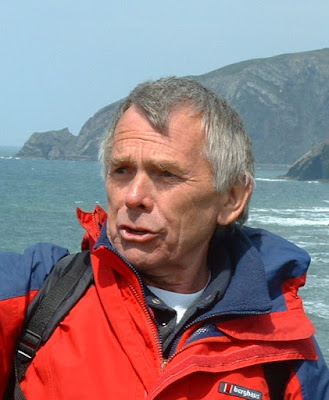 Brian John was born in Carmarthen in 1940 and brought up in Pembrokeshire  Pembrokeshire. He is married and has two grown up sons and two grandsons. He studied at Haverfordwest Grammar School and at Jesus College Oxford, where he read Geography, had a lot of fun and obtained his D Phil degree for a pioneering study of the Ice Age in Pembrokeshire.

When he was a student, Brian led two University expeditions, to Iceland and Greenland, and thinks it is a minor miracle that he survived. He then worked as a field scientist in Antarctica and spent eleven years as a Geography Lecturer in Durham University. He has travelled widely, mostly in cold places.

In 1977 he and his family moved to a smallholding near Newport in Pembrokeshire, and since then he has made his living as a writer and publisher. He is also actively involved in environmental and community organizations. He has published hundreds of articles and around 80 books, and among his publishers are Collins, Pan, Orbis, Aurum Press/HMSO, Longman, David and Charles, Wiley and Edward Arnold.

His published output includes university texts, walking guides, coffee table glossies, and books of popular science. Many of his titles have been published by Greencroft Books, and have been of particular interest to readers in Wales -- for example tourist guides, books of local jokes, walkers’ handbooks, and titles on local folklore and traditions. Then came the Angel Mountain Saga.........

The eight novels in the series have received wide acclaim for their narrative skill, their strong sense of place, and their historical authenticity. Much to Brian’s surprise, the Saga has been a runaway success, and the heroine, Mistress Martha Morgan, now has a cult following of readers from all over the world. However, the sale of three titles to Transworld Publishers, and their reissue under the Corgi imprint, did not lead to a great increase in sales, since the firm allocated hardly any resources to publicity and marketing, and in 2008 Transworld passed the rights back to Greencroft Books.

Until recently Brian thought he had completed work on this fiction series, written and published at the rate of one novel per year. Mistress Martha was -- finally -- in her grave. But then, under pressure from readers, Brian agreed to write a new novel, and "Sacrifice" was the result. This story slots into a gap in one of the earlier titles. In 2012 a further novel was published with the title "Conspiracy of Angels." Brian refuses to reveal whether this eighth story is the last...........

Another popular book is "The Bluestone Enigma", which takes a controversial look at the various theories used to explain the transport of certain bluestones from West Wales to Stonehenge. This book has caused quite a stir in archaeological circles, and is already reprinted.
Posted by BRIAN JOHN at 15:33 No comments: Links to this post 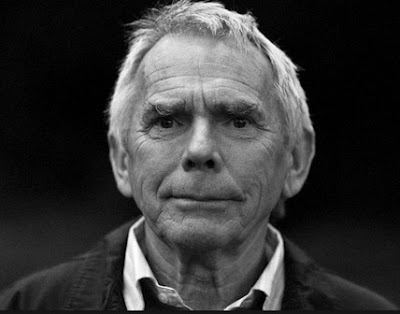 We are pleased to report that we have now gone live with our new Bookshop page, on the web site;

Here is the link:

From this page, you can purchase any of my titles currently in print.  It helps if you have a Paypal account, but that is not strictly necessary.    On the same page, we have added links to all of the Amazon pages relating to the Saga, for those who would prefer to buy Kindle editions.
Posted by BRIAN JOHN at 11:21 No comments: Links to this post

Literary Tourism is all the rage We have already commented on Visit Wales's new campaign to use "literary icons" like Roald Dahl and Dylan Thomas to attract new visitors to Wales.

It's all the rage.........  Today's Observer reports on the new campaign to use literary tourism to pull new tourists into England, capitalising on the weak pound and "value for money" (!!).  Hmm -- I think I might have preferred a strong pound and a life not dominated by all this Brexit nonsense.

Anyway, 2017 is  Visit England's Year of Literary Heroes. According to the PR, Literary Heroes 2017 promises to be bumper year for book lovers everywhere with a host of English literary anniversaries to celebrate. Some of the key events on the horizon include: