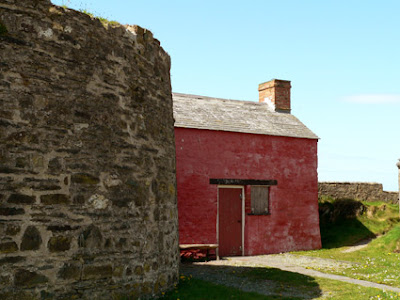 Part of my occasional series on the more colourful characters from the novels.  Patty is one of my favourites.  Her domain was the Parrog.  Here are the short notes on her, from p 127 of "Martha Morgan's Little World".

Patty Ellis appears for the first time in House of Angels, and becomes a key character in the stories from that point to on.  Although she is a prostitute when Martha first meets her, the two women are immediately drawn into a close and affectionate relationship.  It would have been socially quite unacceptable for the mistress of an estate in the early 19th century to have been seen in the presence of a prostitute, but it is one of Martha’s great strengths that she cares  nothing for wagging tongues and disapproving looks and soon after they meet she even flaunts her friendship with Patty.  Initially the relationship might seem to be a very one-sided one, but there are in fact great mutual benefits in it.  Patty initially offers to help Martha because she has information which is of use to her,  and she has no thought at all that she might be repaid in some way.  But as the friendship blossoms, Martha realizes that Patty has suffered appallingly at the hands of the evil Joseph Rice, and she also comes to appreciate that Patty is a very strong young woman, with an instinct for survival.

So together the two women plot to achieve the downfall of Rice and his companions, and after that is achieved Martha and Patty develop a much more comfortable friendship.  That friendship also has a business side to it, for as Martha gets older she comes to value greatly her contacts among the most disreputable elements of local society.  She often needs information, and Patty often knows where it can be obtained.  And as a sign of her affection - and indeed respect - for Patty, she helps her in a number of ways, including the setting up of the church wedding, when Patty and Jake Nicholas decide that they wish to be married.

Patty is of course very beautiful, and it is not surprising perhaps that Jake, who was originally at client, should fall madly in love with her and should then decide to make her a respectable woman.  Their wedding is quite a bizarre, and Martha loves every minute of it and the celebrations which follow.  Later on, as Jake expands his little fishing business and eventually moves into trading activities, Patty does indeed become a notable member of the Parrog community and raises a family of two boys and two girls.

I had a lot of fun developing the story of Patty and Jake through the Saga, telling the reader about her initial fall from grace, about her steely determination to defeat her tormentor, and about her subsequent rehabilitation.  She is a strong character and a steadfast friend to Martha, and all good stories need characters like her. 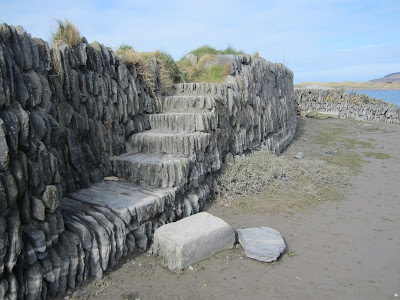