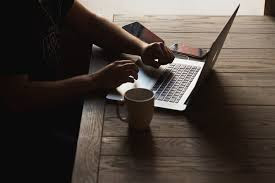 On thinking about the literary scene in Wales, I have been intrigued by the strange concept of "buying time to write."  Various young (and old) writers, including senior academics who have been in receipt of Literature Wales bursaries have gone on the record to say how wonderfully grateful they are to LW for giving them £3,000 (or whatever) and for "buying the time" for them to complete their novels or to hone their writing skills.

What a sad state of affairs!  This says more than anything else about the demoralisation of the Welsh community of writers. It also says a lot about a creeping sense of entitlement among inexperienced writers who are encouraged to believe, prematurely, that they are sensitive and vulnerable artists who have to be nurtured and supported by society.  The begging bowl mentality demeans writers and reinforces the power base of those who distribute largesse. This is not a good scenario -- and I am amazed that it persists and even becomes stronger as the years pass.

Let's get this straight.  Any writer worth his / her salt would GIVE or FIND the time to work on the development of  a writing career.  If a writer really has to "buy" the time to write, he / she would probably be better off doing something else.

If the writers' bursary scheme was to be abandoned overnight, would the Welsh literary scene be less vibrant than it is today?  There are many who would shout "Of course!  How else would we uncover hidden talent and create the conditions in which it can flourish?"  That would be the gut reaction -- but if you think of this calmly, you would have to admit that the most talented writers, who are determined to write and who really have something to say, will write anyway, and some of them will succeed.  And would the Welsh literary scene really be worse off if half of the books currently published each year in Wales were never to see the light of day?  Books which sell fewer than 500 copies, which are underpinned by writer's bursaries and publishing grants, should never have been written in the first place.
Posted by BRIAN JOHN at 00:48