So Literature Wales now says it has "serious concerns" about the Medwin Hughes Committee Report on literature and publishing in Wales. So would you or I, if faced with instant extermination! As The Bookseller reports, the organization is likely to have virtually all of its functions taken away from it.... and that being the case, there is really no reason for its continued existence.  You do not need a Cardiff office with lots of staff just to run a small writer's centre (Ty Newydd) in North Wales......

Lit Wales staff met the other day with Cabinet Secretary Ken Skates -- a fly on the wall would have had much to savour.......

Lit Wales will no doubt claim that it is sorely misunderstood, and that it fulfills a number of functions for which it is uniquely qualified. Increasingly, it seems to see itself as a sort of marketing agency.   But an organization that uses up 75% of its annual budget on staff costs is clearly not very useful to anybody except its own employees, and to those who have tried to support it over the years (like me) it has for some time appeared elitist, arrogant, complacent and incestuous, existing primarily to ensure that the subsidy-based culture (or gravy train, if you want to call it that) of Welsh literature keeps going.  The Medwin Hughes Committee mentioned the pervasive culture of "entitlement" that runs through Lit Wales.  That culture is shared by the members of the Welsh literary establishment -- driven by the belief that literary endeavour is a wondrous thing in itself, indicative of a vibrant Welsh culture.  There is a widespread and naive failure to understand the commercial realities of the literary and publishing world.

http://www.thebookseller.com/news/literature-wales-raises-serious-concerns-about-welsh-lit-review-574181
Posted by BRIAN JOHN at 01:59 No comments: Links to this post 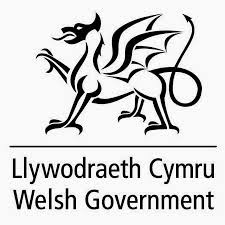 For some years I have been concerned about the way in which Literature Wales is run -- as a very comfortable and even complacent organization, spending public money liberally on a few pet projects and not really doing much for the writers of Wales. It seems to have no understanding of writing as a commercial activity, and it seems to be unaware of the difference between self-publishing and vanity publishing.  On its watch, the Welsh Academy has withered  on the vine, leaving Welsh writers without any effective mutual support organization.  Lots of others have shared my concerns, and many of us took the opportunity of feeding in submissions to the Welsh Government Committee charged with looking into the publishing and literature industry in Wales.

After many delays (put down to the sheer weight of evidence submitted)  the Report of the Medwin Hughes Committee has been published, and its assault on Literature Wales is pretty brutal. It is slammed for its complacency, its poor governance, its elitism, and its rather dodgy habit of spending 75% of its income on its own staff salaries.  There is an extraordinary complaint about the fact that the Chair of Literature Wales, Prof Damian Walford Davies, apparently refused to meet the members of the Committee.

In many of the comments submitted there were criticisms of its close links with the Welsh universities "literary establishment" and its refusal to accept that there is really not much point in continuing to support, year after year, a few favoured writers who may not have anything significant to say and who have no realistic prospect of ever selling any books in a competitive market place. As far as LW is concerned, the act of writing is all that matters, indicating (to its own satisfaction) that there is a wonderfully vibrant literary culture in Wales, in both English and Welsh. Does anybody actually WANT the books that are written and published?  Hmmm......

Anyway, the Committee suggests that most of Literature Wales's functions should now be taken away and given to the Welsh Books Council.  Many of us would agree with that. LW is also criticised for its chaotic relationship with the Welsh Academy, which is supposed to represent the interests of Welsh writers.

The PDF of the full report can be accessed here:
http://gov.wales/topics/culture-tourism-sport/media-publishing/publishing/support-for-literature-review/?lang=en

Welsh Books Council recommended to take on Literature Wales' Book of the Year
Article in The Bookseller
http://www.thebookseller.com/news/welsh-books-council-take-literature-wales-book-year-569671

What will happen now? Well, Minister Ken Skates says he is minded to accept most of the Committee recommendations. There will be big LW budget cuts, staff redundancies, and (I hope) a root and branch reorganization. What will be left will be smaller and (we hope) more responsive to the needs of writers in Wales. The end of the subsidy culture and the literary gravy train operated from Cardiff HQ? Let us hope so.......
Posted by BRIAN JOHN at 12:07 No comments: Links to this post