These are the page view statistics for the "Acts of God" web site.  Very strange.  Mostly there are fewer than 20 page views per day, but during the Christmas holiday season there were peaks on Dec 17th (over 70 page views) and on Dec 24th,  January 4th and January 8th.  I have no idea why these peaks occurred -- although because the numbers are relatively low we might be seeing the effect of just two or three people spending a fair amount of time on the site, looking at half a dozen pages or more on each visit.

Again, I have no way of telling whether these visits were linked to book sales -- either in Kindle or paperback editions.
Posted by BRIAN JOHN at 13:19 No comments: Links to this post

What's the new novel really about? 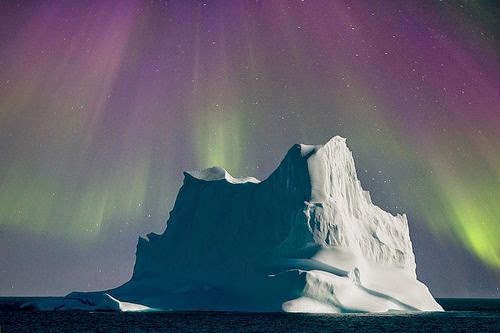 So is this "just" a thriller? I've been asked this quite a few times -- with the implication that thrillers are exercises in escapist nonsense, written to a formula with all-out action in mind, with very little in the way of character development, and with "entertainment value" at the top of the list of priorities.

Yes, the novel is indeed labelled as a thriller (it has to be labelled as something, according to the rules of the game). But I hope readers will see in it my deeper purpose! This is really an author's protest against environmental degradation, triggered by the events of the Cold War. A quiet wilderness deserving of reverence is violated and even desecrated by the great powers in the name of "national security" -- while the indigenous people, who have an almost mystical communion with the land, are not even consulted. The focus is East Greenland -- but it could just as well have been any wilderness in a position of strategic or economic importance........

Wagner's Ring Cycle is an allegory about the self-destructive evil that flows from the lust for power and wealth. For the obsession with power, look no further than NATO and the Warsaw Pact alliance in the Cold War of the early 1960's. For the dream of limitless wealth, look no further than the international mining corporations who never turn away from a mineral resource which is capable of exploitation and capable of ensuring a long-term revenue stream. And when the "desirable" territory is in a small country with a weak government intent upon "development" and "modernization", everything falls nicely into place. And the wilderness is desecrated -- unless somebody is brave enough -- or crazy enough -- to stand in the way.
Posted by BRIAN JOHN at 13:04 No comments: Links to this post