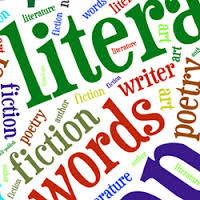 I wonder what has happened to this commissioned report from Prof Medwin Hughes and colleagues, which was supposed to be published in September?

In broad terms the scope of the review is to assess:
    The main aims of the Welsh Government in supporting the publishing industry and literature in Wales, in both languages; i.e., what are we seeking to achieve, culturally, socially and economically? Are these aims still fit for purpose in the 21st Century?
    The scale and remit of the support currently given to deliver these aims, including the relationship between the bodies responsible for delivering this support.
    Digital developments within the publishing industry in Wales
    The administrative arrangements for the Welsh Government support for a Welsh-language daily online news service, as well as papurau bro (Welsh language community newspapers).
    The support for publishing and literature in disadvantaged areas across Wales.

The review will be chaired by Professor Medwin Hughes, the Vice-Chancellor of the University of Wales Trinity Saint David, and is expected to report its findings in September.