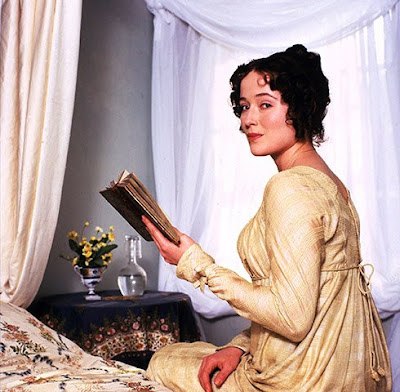 I was recently in touch with one of the big London literary / media agents, to see if he might be prepared to act on my behalf in any forthcoming negotiations on the sale of media rights in the Angel Mountain saga. He shall be nameless, but his response was interesting. Not to put too fine a point on it, he was really rather condescending, and beneath the flannel there was a clear implication that he can't be bothered to deal with anything from Wales because the money is probably not good enough and because nothing from Wales is going to attract the attention of the big broadcasters anyway. He also stated quite directly that the TV production companies within Wales are probably too small to do big deals and to achieve global network sales. He appeared quite disinterested in whether the story narrative was a compelling one with wide appeal, and whether the lead character (namely Martha Morgan) was likely to be strong enough and charismatic enough to attract a faithful following  across the globe.  It does not seem to have occurred to him that we might just have here something to compete with Poldark, Pride and Prejudice or Downton Abbey........ so is there an anti-Welsh bias operating here?

The agent's attitude reminded me that nothing much has changed since I wrote "On Angel Mountain" and tried to find a publisher or a literary agent to take it on, back in the year 2000.  I wrote to more than 50 agents and more than 50 publishers.  Most of them never bothered to reply, let alone ask for sight of some written material.  Those that did all took the following line:  "Forget it.  There is no market for historical fiction from Wales."  I derive a certain grim satisfaction from the fact that 16 years later the novels have racked up sales of 80,000 and have achieved some sort of iconic status in a small country where a book is counted as a best-seller if it sells 700 copies.  I'm also quite pleased that I have not needed to shell out a 15% or 20% commission to any agents on my total sales income over all those years!

So what is it about Wales that turns off the London literary / media establishment?  Well,  it has to be said that Wales does not exactly help itself.

On the literature front, the Welsh publishing industry survives almost entirely on large subsidies paid by the taxpayer via the Welsh Books Council, on the pretext that this is required for the maintenance of a vibrant literary culture in Welsh and English.  Most books sell very few copies, but that does not matter, since the subsidies ensure that few of them actually make a loss.  Accurate sales figures are hard to come by.  Writers too are subsidised, this time with grants disbursed through Literature Wales.  The only books that are exposed to the harsh commercial realities of the world, and which have to compete in an open market-place, are those (like mine) that are self-published -- since by the bizarre rules of the game in Wales, they are debarred from receiving grant aid of any sort.   So if I was a London-based literary agent asked to assess the commercial potential of a Welsh novel, my default position would be one of extreme scepticism.  I would have no way of assessing its real quality based on market performance.  I might even assume that if the novel was written in Wales and published in Wales, it would probably never even have seen the light of day if it had been submitted to an English publisher.  It might even be complete rubbish.

As far as film and TV media are concerned, it has to be said that Wales probably does punch above its weight, given that the Welsh Government provides great support for new projects and given that there are a number of top-class studio and production facilities in Cardiff, Swansea and elsewhere.  Wales can handle big budget productions, and the country has a great track record of attracting inward investment from companies that would expend far larger budgets if they were to use facilities in England. Films and TV series roll off the production line.  But hardly any of them are about Wales or are even set in Wales -- in spite of the amazing scenic resources available for location shooting. So Wales "stands in" for China, or Avalon, or New York or Berlin.  BBC Wales has been heavily criticised for its lack of commitment to the production of Welsh dramas, most recently by one of the Welsh Assembly's influential committees.  But the truth is that it has very little room for manoevre, since its budget is controlled from London.  ITV does not have a strong Welsh presence, and S4C has good intentions but a miniscule budget.  So the broadcasters do not have the resources to buy into large Welsh drama productions,  and production companies in Wales tend to be small because they have no reliable drama market-place to sell into.

Wales suffers too from not having a very strong or coherent image of itself. This has been pointed out by scores of writers over the years.  So Visit Wales markets the country as being magnificent, exciting and authentic;  the trouble is that every other country in the world does exactly the same thing.  Scotland and Ireland seem to have far stronger images of themselves, and far stronger global brands.  There is some excellent destination marketing going on here, year after year,  but what is the Welsh narrative, and how can it be sold to the world?  Nobody seems quite sure........

So we have an ill-formed self-image, a distorted and unreliable literary market-place and and a TV production scene dominated by small and enthusiastic production companies with limited broadcasting opportunities.  A doom and gloom scenario?  One can see where our condescending London agent is coming from, and one is justified in feeling a bit resentful about it, since in an ideal world every project is assessed strictly on its merits.

But I prefer to see this as an opportunity rather than as a problem.  In the year 2000 I treated the negativity of the London publishing scene as a self-publishing opportunity, and when I look back on it now, I can afford to feel just a little bit smug!  In the same way, I think there is a real opportunity for the Angel Mountain Saga to become a really big TV costume drama success, whatever the London literary establishment might think.  It is not at all beyond the bounds of possibility that a smallish Welsh TV production company with big ambitions can pull together a team of many players to make a drama which tells a genuine Welsh narrative and which finds the global broadcasters to take it on.  I know that within Wales there is a predisposition to be supportive.  Ultimately it will be down to the quality of the product on offer.  The story and the characters are already in the mix -- what is needed now is a fantastic screenwriter to do the adaptations, an inspired director, an experienced executive director who knows her / his way around the world of media finance, and a few well-known actors prepared to commit.  I reckon that the whole of Wales will get behind an Angel Mountain project, since in scores of discussions with most of the key players I have encountered nothing but goodwill.   People want it to succeed, since they want to see the first-ever top-quality TV costume drama that tells -- in the manner of all good allegories -- the story of Wales.