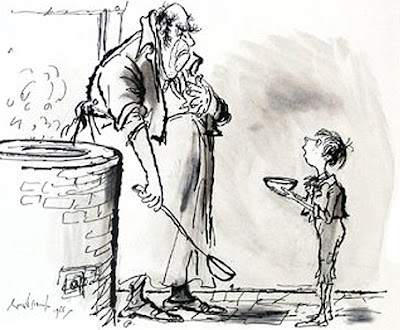 Following on from my last post about the Welsh Academy and its virtual demise, I have been pondering on the current strength of the Welsh literary community.  How big is it?  And what capacity does it have for speaking with a common voice and influencing the course of events?

First, size.  Well, there are reputed to be 3,000 people on the Welsh Academy database, but that database was rendered unreliable years ago when more and more people were admitted to membership in spite of having no track records as writers.  TV people, publishers, editors, journalists, commentators, readers and politicians joined because they wanted to support the writing community.  That was laudable in a way, but while the Academy's reach and its income were both enhanced, its focus as an organization for professional writers was lost.  The Medwin Hughes Panel which reported on the support mechanisms for literature and publishing in Wales gave (as far as I can see) no estimate of the number of working writers in the country, but I saw somewhere an estimate of around 600, so let's run with that figure.

And does the community use its numerical clout and its corporate expertise to influence "literary policy" in Wales?  It seems not.  In the Report of that big review commissioned by Minister Ken Skates, the writing community makes virtually no appearance, from which we can assume that the Welsh Academy made no representations and had no meetings with the panel members.

Second, the effectiveness of the writers' lobby.  Various things have happened which have negatively affected the ability of writers to present common positions on matters of interest.  The transformation of the Welsh Academy into Literature Wales has to a degree left writers out in the cold, since the new organization has been tasked with promoting Welsh literature and not with looking after writers.  So it has become a marketing and promotional organization, working with Government, the Arts Council and Visit Wales to show the world what a vibrant literary culture we have in our country.  Yes, it does boast of its role in stimulating and facilitating literary endeavour; and yes, it has distributed almost half a million pounds in bursaries to more than 100 writers since 2011 (see Note below).  But last year it distributed only £70,000 in bursaries out of a turnover of £1.2 million, while expending around 75% of its income on staff salaries and ancillary costs and in other in-house expenditures.

Literature Wales, according to some commentators, has become an organization devoted to ensuring its own survival and to extending its reach into fields such as the arts and tourism.  As its aspirations have increased, its sense of entitlement has also grown, and this conceit was remarked upon by the Medwin Hughes panel members.  The staff and working panels of Literature Wales appear to be accountable to nobody, and although they are no doubt committed, highly motivated and hard-working, in a very subtle way they have come to see themselves as "the professionals" and as "the experts" who determine which writers will be supported in their careers, and which ones will be ignored.  That is a profoundly dangerous scenario, but to our eternal shame we, the writers of Wales, have allowed ourselves to slip into an acceptance of it.  The rise and rise of the subsidy culture has created a generation of writers who measure their status not by the reputation and commercial success of their published outputs but by the number of bursaries they have received.  Weirdly, they see themselves as "artists" rather than craftsmen.  The literary culture to which they belong is dominated by Literature Wales, playing the role of the benefactor, with writers lining up each year with their begging bowls and then expressing eternal gratitude whenever a few goodies come their way.  Even more distressing is the sight of respectable academic writers and talented new authors using social media to say that the receipt of a bursary of maybe £2,000, and the receipt of a modest amount of mentoring help,  has given a sudden boost to their self-esteem and has somehow "vindicated" or "validated" them as writers.  They appear to be blissfully unaware of how demeaning the whole relationship has become...........

Perhaps that is a travesty of the real situation, and perhaps the writing scene in Wales is a great deal more healthy than I think.  Let's hope I am wrong in my assessment.  And I admit that very occasionally the writing community does know its strength and uses it.  For example, early in 2016, a powerful lobbying campaign was mounted to counter a proposed 10.6% cut in the Welsh Government subsidy paid to the Welsh Books Council.  A highly publicised letter to Minister Ken Skates was instigated by poet Kathryn Gray and signed by 200 writers.  Under the sheer pressure of this lobbying campaign, the Government backed down and maintained the funding level.  The list of signatories was interesting, including senior academics, first-time writers, researchers, established novelists and historians, poets, translators, editors and publishers.  They all felt outraged, not so much because they thought that the work of the Welsh Books Council might be negatively affected, but because the level of subsidies might be reduced and because there might be a corresponding reduction in the number of titles published.  The underlying assumption was that Welsh publishing is incapable of being commercially viable without vast state support, and that the number of books published is in itself a sign of a healthy literary culture, no matter what the quality and the sales potential of these books might be.

"Don't you dare take away our begging bowls!"  What was I saying about the disappearance of self-confidence?

Note:  This is how the Medwin Hughes review summarises the Literature Wales mission:

LW represents the interests of Welsh writers both inside Wales and internationally and encourages people to enjoy others' writing and to write themselves, through a programme of workshops, courses, festivals and competitions. LW services include mentoring, writers' bursaries, information and advice, and independent manuscript assessment. LW aims to place literature at the heart of the well-being, literacy, employment and skills agendas and strives for literature to be seen as a vital part of a balanced, engaged and healthy life.