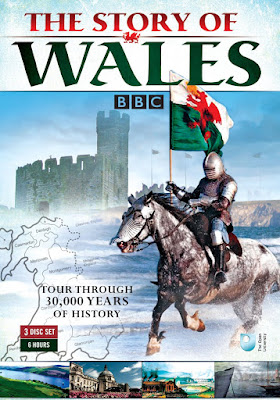 We we inching forward with our attempts to define this, in the full knowledge that it has been done dozens of times before, mainly by Welsh historians.  Apologies to all of those whose opinions have been ignored.  All comments welcome!!

"Wales is a small country on the Celtic fringe of Europe with magnificent landscapes and rich natural resources. It is too close to England to have remained truly independent, and not far enough away for bloody rebellions ever to have taken hold. Throughout its history it has fought to resist the depredations of powerful neighbours; and against all the odds it has retained its language, its culture and its pride whilst encouraging toleration and liberal values and adapting to dramatic change. It has learned how to be subversive and seductive, and how to be spiritual and mischievous at the same time. In its history it has not suffered the same deep traumas as Scotland and Ireland. Its people are romantics, prone to wild swings of emotion; both melancholia and euphoria feature in the national psyche. Welsh people have a powerful "sense of place" and an abiding fondness for family histories, legends, ceremonial and ancient traditions. Eccentricity is embraced, while great value is placed upon learning. There is a tendency towards radical protest and an ever-present desire for social reform. Ultimately, Wales wants the respect of others -- and to be left in peace to enjoy and endure the ups and downs of the Welsh rugby team."


Points to be considered:

1. The Visit Wales new “brand” does not owe much to the Welsh narrative. It steers well clear of anything that can be construed as negative in marketing terms, and concentrates on “positive” buzzwords including these: authentic, creative, innovative, alive, epic, memorable, inspiring, fresh, legendary, iconic, rich, distinctive, accessible, contemporary, immersive, inclusive. The immediate response to this, from many in the tourist trade, is that it’s all very modern, bright and breezy -- but that every other tourist authority in the world uses the same words and sells the same message. Nobody seems very clear what it is about Wales that makes it unique when compared to everywhere else, and more particularly, what makes it different from Scotland and Ireland. Some of the old tourism straplines might have got closer: so near and yet so far, familiar and yet foreign, two hours and a million miles away, life on the edge.......

2. It’s accepted that the Welsh narrative and the Welsh “brand” are not the same thing -- the former is about identity and the latter is about marketing. But there does need to be a relationship between the two. The brand should emerge from the narrative, and visitors to Wales should ideally be made aware of the history and character of the country. Those who are involved in the tourist trade should be proud of their heritage, and should sell it to visitors as part of the tourism experience.

3. We should embrace the “negative” aspects of the Welsh narrative rather than hiding them away. Is Wales as melancholic and unhappy as it is portrayed in “Hinterland”? No way. Melancholia is a part of the Welsh psyche, but it is balanced by an undying optimism and by expressions of euphoria whenever great things happen in the country. And people may sometimes seem reserved, but there is a real warmth in the welcomes given to others. “Croeso!” means so much more than “Welcome!” Yes, “hiraeth” is about loss and longing, but it is more than that -- it is ultimately about belonging, and the unbreakable bond between people and place. The word “bro” means community or neighbourhood, and it must be understood not just in terms of geographical demarkation but also in terms of sociology, history and psychology. The word “gwerin” can be interpreted in a condescending way, as meaning “the common people” -- but it also means “folk” and “democracy”, and everybody knows that Welsh language and culture would not have survived without the determination and the resilience of the gwerin, at times when the gentry and the “educated classes” were espousing Englishness in all its forms. Certainly Welsh people can seem reticent and cautious at times, and there is no great evidence of consuming ambition or towering aspirations. There is a certain reluctance to make instant decisions and to take risks -- but therein, perhaps, lies an explanation for the survival of Wales as a special place with a unique language and a mystery round every corner........

4. There are probably many narratives, but I suspect that everybody who tries to write down their version would emphasise to some degree the complex relationship between Wales and England down through the centuries. England is seen (over-simplistically) as arrogant, over-bearing and condescending, always intent upon "the rape of the fair country”. Wales sees itself (over-simplistically) as oppressed, downtrodden, and exploited -- whereas it has of course made a specialism of internal feuding and squabbling between petty princedoms and has grown its own crop of bombastic squires and brutal ironmasters without any great help from England.  Nonetheless,  while the English are hated or just tolerated, there is a close bond -- born of shared experience-- with the Irish. And with Scotland too.

5. One must not get too serious about all of this. Isn’t there room for some humour in our view of Wales, or indeed in its branding and marketing? I quite like the idea of Wales endlessly subverting and screwing up the political and military ambitions of one English king after another! This suggests a national instinct for resilience, resistance, dogged determination and sheer bloody-mindedness. OK -- the Normans conquered Wales, and then the English kings defeated Llewelyn the Great, and Owain Glyndwr and put down many short-lived rebellions -- but the aspiration for independence never went away, and the mountainous heartland of Wales, facing Cardigan Bay, never really submitted to foreign rule. Ferocious Anglo-Norman feudal lords married Welsh girls and themselves became softer, gentler and kinder! Anyway, that’s what we like to think. Local loyalties persisted, and the language survived. Magic and enchantment always were a part of the Welsh storytelling tradition, but there has always been a great respect for mischief as well. Mischievous pranks abound in the stories of the Mabinogion, and in the poems of Dafydd ap Gwilym, and in the adventures of Twm Shon Cati. The ultimate prankster was Iolo Morgannwg. One might argue that there is really a sort of mischievous national plot to stop the English from ever achieving complete dominion over Wales and the Welsh, whilst lulling them into a false sense of security........

6. So if these elements can be incorporated into a Welsh national narrative, what are the positive buzzwords that might be used in future branding? Here are a few: generous, warm-hearted, eccentric, mischievous, sensitive, intuitive, whimsical, enigmatic, musical, poetic, dramatic, spirited, steadfast, ironic, ebullient, demonstrative, enduring, colourful, lyrical, resolute, mysterious, proud, faithful, accessible, loyal, adaptable, enchanting, quirky, understated, unpretentious. These words will not fit very well into a strategy of hard branding and marketing -- they are too soft and mellow. But they may just be more effective in flagging up the unique qualities of Wales, especially with the Year of Legends almost upon us.

7. It’s interesting that when we went round the table at the meeting, seeking adjectives that might describe the Welsh narrative from assorted points of view, words such as these kept on cropping up: light, mood, water, feeling, atmosphere, cosiness, “cwtchyness”, familiarity, security, comfort. All very atmospheric and even ethereal -- but significant as to how some people at least feel about Wales. 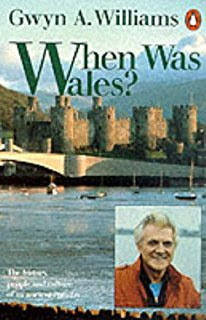 “.....it is a small country..... but its smallness is not pretty; on the contrary, it is profound. Intense and unaccommodating continuity is the essence of the place.......”

“Its image is habitually blurred: partly by this geographical unfamiliarity, partly by the opaque and moody climate, partly by its own somewhat obfuscatory character,which is entrammelled in a dizzy repertoire of folklore, but most of all by historical circumstance.”

“.... despite the overwhelming proximity of the English presence, a force which has affected the manners, thoughts and systems of half the world, for better or for worse Wales has not lost its Welshness.”

“Among all the Roman possessions of the western empire, only Wales was never overrun by its heathen successors, and Welsh literature was the first in all Europe to emerge from the debacle.”

“...... the Welsh came to see themselves as inheritors of Roman urbanity and Christian devotion, and as trustees of a lost Celtic civilization which was to become ever more marvellous in the imagination, peopled by ever more heroic heroes, inspired by saintlier saints, until the very dream of it became part of the whole world’s consciousness in the legendary paragon of King Arthur. Wales was the folk-memory of Europe!”

“The Welsh never lost their sense of separateness and specialness, never allowed their language to die, and never altogether abandoned their perennial vision of a golden age, an age at once lost and still to come.....”

“... if there is one constant to the Welsh feel of things it is a sense of what might-have-been, tinged sometimes with despair.”

“Owain Glyndwr’s was a vision of the place as a human-entity, not just a country but a nation: not just a state but a fellowship, and a culture, and a heritage, and a sense of home, and a reconciliation of time, in which the affairs of the remotest past might overlap the present and embrace the future.”

Many thanks to Bishop Wyn Evans and to the attendees at the St David’s networking meeting on 6th December. It will be apparent that many of the points raised in our discussions are incorporated above! 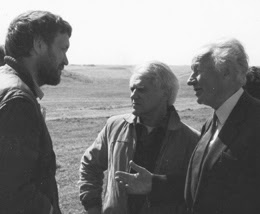 Finally, a reminder that there is more than one Welsh history.  The photo above was taken on the set during the making of the famous TV series in which Wynford Vaughan Thomas and Prof Gwyn Alf Williams argued about what has actually happened in Wales, and how it should all be interpreted.