Wales Book of the Year discriminates against self-published writers 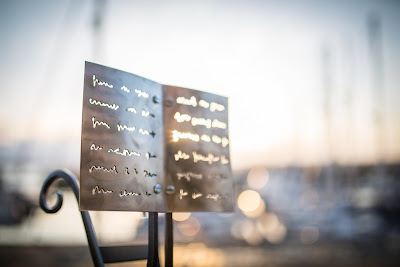 The exclusion of self-published books from the "Wales Book of the Year" competition is a serious issue which deserves attention.  I have now written to the Chief Exec of Literature Wales to ask for a change in the rules -- with copies to other interested parties.  I see no reason for keeping this letter private -- and every reason for making it public.  So here it is, as an Open Letter..........

Apologies if you have received this before — I tried to send it about a week ago while on holiday, and the message disappeared without trace. It may have been sent, and maybe not…...

I’m writing to make a positive suggestion on an issue which should be of concern to all those who belong to the literary community in Wales. I hope you will give it serious consideration. I am also copying this letter to other interested parties, and hope that they will be supportive of the points raised.

I refer to the Wales Book of the Year competition for 2017. This is an opportune time. I note that the review commissioned by LW is now complete, and that the points raised by the consultants will be looked at in the near future, together with those raised by Prof Medwin Hughes and his panel, reporting to Minister Ken Skates.

Rule 6 in the “eligibility criteria” for the competition states that all books entered MUST be “published by an established publishing house, which is here defined as a house that publishes a list of titles by a range of authors and distributes its books through recognised booksellers. Self-published books are not eligible.”

In my view this rule is discriminatory and elitist, and should be done away with immediately. It is out of tune with the spirit of the times, given the vast changes that have occurred in Welsh publishing over the past 20 years. It also suggests that LW is unsure of the difference between vanity publishing and self-publishing -- that’s somewhat surprising, given that it promotes itself as the literature agency for Wales.

I have researched the main literary competitions in the British Isles, and I think I’m right in saying that Wales is the only country that bans self-published titles from competing for its most prestigious literary award. I fail to see the logic of this.

I well understand that some of the books that are self-published are rubbish. However, it is also a fact that many others are peer reviewed, carefully edited, produced to a high standard, distributed through WBC and sold through the Welsh book trade. Some of these titles sell in tens of thousands, attesting to their popularity and their quality. I fail to see why, as a matter of principle, self-published titles are deemed less “worthy” than the books produced by the established publishing houses of Wales.

If we look at the bulk of titles submitted as entries for WBOTY, we see that many of them are in effect vanity publications, written and published as a direct consequence of the Welsh subsidy culture which must be the envy of the rest of the world! Many of these books have very limited market appeal, and sell only a few hundred copies. They are published without commercial risk, so that writers and publishers can feel good, and they are used quite deliberately to sell the message to the world that Wales has a vibrant and prolific literary culture. A vast exercise in vanity publishing, paid for with taxpayers’ money? This might be too cynical a question, but as you know it has been asked in all seriousness by other commentators over the past few years.

If the self-publishing exclusion is removed, would there be a loss of “status” by WBOTY? Emphatically not. I would argue that a vibrant self-publishing industry, involving writers who are committed, competent, and prepared to take commercial risks, is far more accurate, as an indicator of the health of literature in Wales, than a long list of titles with no sales figures attached. Self-published writers should be recognized, not excluded.

I hope that you will see the merits of my proposal and remove Rule 6 from the eligibility criteria for WBOTY as soon as it may be convenient. I hope that this might also meet with the approval of other interested parties including the Welsh Academy, Arts Council Wales and WBC, given that in the future they will have an increased influence over the nature of the competition.

With all good wishes,

PS. I have no need to declare in interest here. Although I count myself as a reasonably successful self-published writer, I have no titles in the offing that might be entered for WBOTY. I simply hope that a change in the rules now might help to improve the status and the sense of inclusion of the next generation of self-published writers in Wales.
Posted by BRIAN JOHN at 01:31