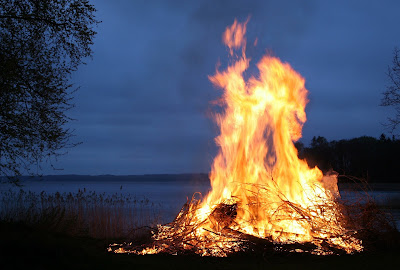 Even more extraordinary -- now the Editor of Wales Arts Review, Gary Raymond, has joined in the fierce argument about the validity -- or otherwise -- of the findings of the Medwin Hughes Committee's Review of support for publishing and literature in Wales.  Here it is:

The language used by Mr Raymond is colourful to say the least:

"And then, out of the undergrowth comes a galumphing great dinosaur, a punch-drunk, flaking Tyrannosaurus, in the form of the Independent Review of Support for Literature and Publishing in Wales, spitting and bloviating, seemingly desperate to drag Wales back into the mire of its carnivorous old ways. And like all angry dinosaurs, it is only interested in feeding itself."

That's a bit over the top, if I may say so, given that Committees in general have no interest in feeding themselves.  They function by studying things, reporting as required, and then disappearing.  Committee members go back to their day jobs, usually with some relief.  Those who commission reports are the ones who ponder and then, as necessary, take action.  In this case, Minister Ken Skates.

This article, published under privilege by an Editor who can do as he pleases, will do Mr Raymond no good at all, since it widens and deepens the rift in the literary establishment, and since it seems to be based entirely on the premise that Literature Wales is a paragon of virtue which should be immune from criticism simply because it is better than what was there before.  The literary establishment's "sense of entitlement" (which the Medwin Hughes Committee criticised) is encapsulated perfectly in the words which Mr Raymond chooses to use in his polemic.  The writer is way off track in his defence of Literature Wales.  Clearly, from the many comments which came from the Committee's consultation process, many people feel that LW is a deeply flawed organization that needs root and branch reform.  Others clearly feel that nobody would suffer very much if it was to be completely done away with.  It sounds as if that is the preferred view of the Review Committee as well.

Maybe the great and the good of the Welsh literary world think that they can repeat what they did a few years ago, when they managed to reverse proposed cuts to the Welsh Government's literary budgets through a carefully managed lobbying campaign.  This time round, everything is much more messy, and much more dangerous for writers and publishers in Wales.

Having transformed a simmering bonfire into an exploding inferno, Mr Raymond can now sit back and watch what unfolds.  I suspect that it might not be entirely to his liking, and that he and the wales Arts Review might get quite badly burned.  The civilised discussion that we were all hoping for now looks virtually impossible, and the battle lines are drawn.  Senior figures from the world of Welsh literature hurling abuse at one another........

So who is the Tyrannosaurus here?  Why, none other than Mr Raymond himself. 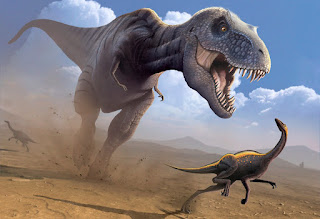