Wales Book of the Year 2017 -- self-published books are banned 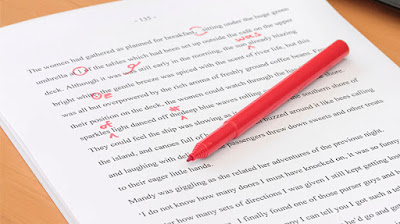 I have been looking at the eligibility criteria for this year's competition, and am saddened that Rule 6 still states that self-published books are banned from entering.  I have raised this before, with Literature Wales and the Welsh Academy, but nothing has been done.  As far as I know, Wales is the only part of the UK in which this ban exists.  That's not something we should be proud of.

That rule has to be changed.  It is discriminatory, elitist and an anachronism in the modern world of publishing.  We all know that there is self-published rubbish.  But there are also many brilliant self-published books in Wales, published to a high professional standard,  properly reviewed and edited, and marketed professionally.  Many of them are distributed through the WBC Distribution Centre in Aberystwyth or through independent distributors, and sell well in Welsh bookshops and further afield.  And yet these books are disqualified from entering the most prestigious of the Welsh literary competitions.  That, if I may say so, is completely crazy........

Literary Wales appears to see no difference between self-publishing and vanity publishing, which is rather strange, given that it flags itself up as "the literary agency for Wales."

Let's just remind ourselves which books ARE allowed to enter for the Wales Book of the Year Award. Well, all mainstream books published by established publishing houses and available through bookshops.  That's right and proper.  Other books about Wales or written by Welsh writers and published outside Wales. Also right and proper.  Now let's talk about vanity publishing.

Hundreds of books published with the help of the Welsh publishing subsidy system (through payments to writers, designers and publishers) are also eligible for the competition.  Many of these have limited literary merit and would never have been published in England.  They may sell just a few hundred copies; in other words, hardly anybody wants them, buys them or reads them.  These books are published without commercial risk to the publishers;  in fact every copy printed, sold or unsold, is paid for by the taxpayer.  This is the Welsh version of vanity publishing -- an activity designed to make writers and publishers feel good, and to demonstrate to the world that Wales has a vibrant and productive literary scene.  Literature Wales justifies this vast expenditure of public money because it nurtures talent, generates new activity and occasionally throws up a writer who goes on to be very famous......

But seriously, does anybody really feel that books published through the subsidy system are by definition more worthy or respectable than those which are self-published?

I'm writing to Literature Wales and Arts Council Wales to ask that the silly "self-publishing rule" is dumped.  And the sooner the better.

PS.  Do I need to declare an interest here?  Not really -- I have no new books that might be eligible for entry in this year's competition.  So I'm not going to benefit from a rule change.  But I hope that a change in the rules might benefit other self-published authors in Wales who currently have worthy titles that deserve recognition.  Sure, I would have liked my Angel Mountain novels to have been considered for the Wales Book of the Year awards; they were after all good enough to sell more than 80,000 copies without a single penny of subsidy from the public purse.
Posted by BRIAN JOHN at 05:30