How much does Literature Wales spend on itself? 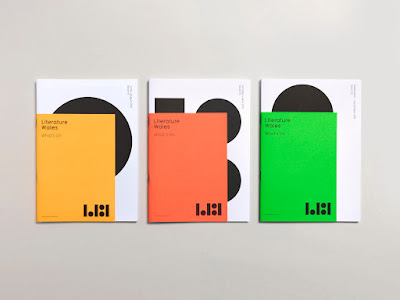 I have been doing a little research on this contentious question, as it lies at the heart of another question -- Does Literature Wales represent good value for money?

In the Medwin Hughes Review, on page 63, it states that 75% of the LW budget is spent "on its own staff's salary costs."   Prof Damian Walford Davies (the chair of LW) is furious about this, and claims that the real figure is 47%.  On that basis, he accuses the Review Panel of being incapable of examining the facts and drawing proper conclusions from them.

So what is the truth?  If we examine the Literature Wales annual accounts (which are not published on its web site, and are rather difficult to get at), we find the following figures for the  financial year ending in March 2016.

Total income for the year was £1,200,000.  Almost £100,000 was spent on "raising funds." Around £302,000 was spent on "administrative costs" and a further £51,000 on "governance costs."  Wages and salaries and associated costs totalled £541,000.  A lot of those costs are included under the heading of "charitable activities."  Grants distributed equalled about £112,000.  There are lots of other "charitable activities" listed on the accounts, including literary tourism, general audience, children and young people, fieldwork, courses, training and development, Welsh Academy, and services to writers. Under all of those categories, it is impossible to tell from the accounts how much money was spent "in house" and how much was actually spent on buying in services and products from outside.

However you look at it, the conclusion is inescapable that over £900,000 of LW's budget has been spent on staffing and associated "in house" costs, and that a remarkably small percentage of the budget has actually been disbursed "in the field" to help the writers of  Wales, in the form of grants, bursaries and other activities.

I think the Review Panel has got its figure just about right, although it should have made it clear that the 75% figure referred to "salary and staffing costs and other in-house expenditures."

To come back to the original question, any organization that spends such a large proportion of its income on itself deserves detailed scrutiny.  After all, Literature Wales is a charity, and its income comes almost exclusively from public funds.  LW should have been better governed.  It should not be surprised if a suggestion is made by a panel (such as that chaired by Prof Medwin Hughes) that in future there might be a better way of spending £1.2 million per year on supporting literary activity in Wales.

This seems a fair and reasonable summary, Brian. I admit that, having worked as a secondary school teacher full time for 30 years in England and Wales, I would never dream of applying for a Bursary or other financial 'support.' I managed to research and write all my crime novels, short stories and poetry without such aid, and am proud of that. The gravy train has to stop. Many Lit. Wales Bursaries go to those already comfortably off with regular incomes... Enough. I'd also like to see a wider range of writing from Wales being translated. What seems to be a 'clique' goes on...
All the best with your work!