The Pinewood deal: money down the drain? 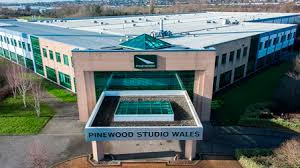 There has been more (rather bad) press coverage of the dealings between the Welsh Government and Pinewood Studios, following a Wales Audit Office probe and some other probing from the Assembly’s Culture Committee.  Minister Ken Skates gave evidence to the committee on 20th June, and grumbled at the negativity of the press coverage — but I sympathise with the press, since it’s one of their functions to scrutinize, and to hold government to account when there is evidence of foolish or misplaced expenditures of public funds.  I listened to some of the committee deliberations, and I could not see any great benefits flowing from the Pinewood deal apart from the association of the Welsh creative industries with a “strong global brand.”  Some of the Welsh Government’s own advisors — including Ron Jones of Tinopolis — seem to have advised against the deal, and there have been endless complaints from the Welsh production companies about the slow release of funds through Pinewood, and the conditions imposed by the company for diverting post-production work from other small indigenous companies within Wales into its own studios.

One might be forgiven for thinking that Pinewood got a rather smart deal and did very well out of it (and still does), whereas the benefits to Wales were marginal at best.........  And money still pours down the drain......

The Welsh Government has admitted that a relationship it entered into with Pinewood film studios did not provide value for money, according to a Wales Audit Office probe.

Cardiff struck a collaboration agreement with Pinewood in 2014 in order to promote TV and film production in Wales.

The government purchased a site at Wentloog in Newport for £6.3m, which it then spent £3.1m transforming into a film and TV studio. This was rebranded as Pinewood Studio Wales.

The facility was then leased to Pinewood for a 15-year term, with the first two years offered rent free. Pinewood was also funded to promote the studio and charged with developing proposals for a share of a £30m media investment budget set up by the Welsh Government to support TV and film production.

However, by 2016, the panel established to scrutinise Pinewood’s investment proposals raised concerns about the fund’s performance.

The WAO found almost half (£13.8m) of the £30m fund had been spent on 14 film and TV projects in Wales, yet these had only recouped £4.3m of the Welsh Government’s investment.

According to Pinewood, demand for the Wentloog studio was undermined by the opening of a rival production facility in Cardiff called Bad Wolf Studios, which had also received government funding. However, Bad Wolf’s owners and the Welsh Government dispute that the Cardiff studio affected occupancy at Pinewood, the WAO noted.

Pinewood’s new owners, who took over in January 2017, also had concerns about the size of the studio, which was not tall enough to accommodate the aerial camera angles required on higher budget film productions, limiting its appeal to the industry.

In October 2017, Welsh ministers decided the Wentloog lease and collaboration arrangement should be terminated. The media investment budget was put on hold.

A fresh three-year arrangement began in November 2017, costing the Welsh Government £392,000 per year plus an additional annual management fee payable to Pinewood. The size of this management fee was not disclosed due to commercial sensitivities.

“The Welsh Government has recognised that these financial projections don’t represent good value for money,” the WAO said.

“However, they considered that the new management services agreement with Pinewood, with the potential to generate commercial revenue streams for the Welsh Government, was better than the costs that the Welsh Government would otherwise incurred by leaving the site empty while looking for a new tenant.”