Is the Welsh Academy breaking the law? 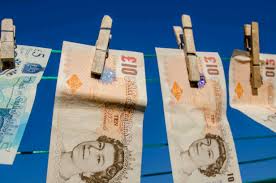 In the past, I have posted a number of comments on the sad demise of the Welsh Academy, which is the "writers society" originally set up to support the writing community in Wales.   For many of the 600 members, the web-based writer's database was the most valuable "perk" of membership, and was in itself worth the cost of the annual subscription.  Sadly, the Writers of Wales database was suddenly removed from the web, without any consultation, in the summer of 2016.

You can find out all about the Welsh Academy here:

Some of my concerns about the organization have been expressed here:

Suddenly things have taken a more serious turn, and two members of the Academy have asked, in a closed Facebook group, whether the organization is breaking the law by taking membership subs under false pretences, while providing no exclusive benefits to members.   It is, as far as we know, still accepting cheques and direct debit payments for membership subs in the knowledge that it is providing no membership benefits.    Full members pay £20 per year, and retired members £10 per year.

To make matters worse, it now appears that the organization has no bank account, since cheques are required to be made out to "Literature Wales" -- with whom the Academy has a 2015 "Memorandum of Understanding."

To make matters even worse, the Academy issues no financial accounts or statements to members, and has no mechanism for the scrutiny or approval of accounts since it holds no AGM.  So members have no idea what is happening to the money belonging to the organization -- apart from a statement to the effect that 50% of subscription income (up to a maximum of £2,500 per year) is passed across to Literature Wales for "services provided."

To make matters worse still, a scrutiny of the Academy's Constitution shows that there is no provision in it for the collection of annual subscriptions, so it appears that it is acting unconstitutionally in collecting any subscriptions at all, either on a one-off or continuing basis.

And since there is no democratic process by which members can elect management board members or officers, and no AGM, none of us who are long-standing members can do anything about it. And the months are ticking by since the web site and database suddenly disappeared.  Eighteen months and counting.......  we might as well assume that it has gone for good.

So we return to the key question -- is the Welsh Academy (with the active involvement of Literature Wales) breaking the law by collecting membership subs in the full knowledge that there are no benefits of membership?  And should it refund all monies collected from members over the last two years?