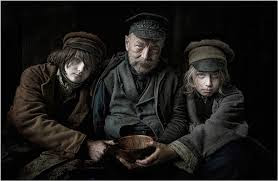 This is a very interesting article by Sawel ap Harri, with the title "Wales has the attitude of a beggar – we must decolonise our minds".  I agree with rather a lot of it -- indeed, it's very close indeed to what I have been saying for some time on this blog -- particularly with respect to the literary gravy train and the almost total dependence of writers and publishers on handouts from the taxpayer while others have to survive as best they can in a commercial marketplace.

Here is an extract:

Whether we like it or not, the majority of people in Wales do believe that we are too small, too poor and too uneducated to be independent.

We believe the worst about ourselves and have internalised in some form that England is our saviour and that we feed off her wealth.

This beggar attitude is constantly reinforced by the way devolution works. It has been created in a way where we are given money from the core, namely Westminster.

We must beg the central government for funds, the right to increase our meagre sums of power before gratuitously accepting our lot in a servile, sycophantic way.

Of course, the reality is that Wales does pay to the central coffers before receiving funds back but cannot be possibly expected to pay for everything when it does not possess the means of production, which are either held centrally or have been sold off.

But our mentality, coupled with the way in which devolution is formulated, creates a perception of us scrounging money from the core.

Devolution creates a process whereby sovereignty is presumed to rest with the Welsh Assembly Government in some areas but with locks emanating from Parliament confining which statutes it may pass.

It consistently reproduces a feeling of dependency, of having to “work with” the UK Government on what should be internal Welsh issues, having to constantly slash budgets even if the people of Wales are ideologically opposed, of not being able to build tidal lagoons and wind farms.

In essence, we are limited in how we use our very land for the benefit of the people and which could bring us our bread and our dignity.

Paulo Freire stated that “the oppressed, having internalised the image of the oppressor and adopted his guidelines, are fearful of freedom”.

This is the real struggle with which we have to contend ourselves; put simply, we must decolonise our minds.

The concept that we will find our salvation from outside has permeated through Welsh economic and political life.

Foreign Direct Investment will apparently save us, as will Corbyn and post-Brexit Britain.

See these posts from my blog:

This is what I said:

"The rise and rise of the subsidy culture has created a generation of writers who measure their status not by the reputation and commercial success of their published outputs but by the number of bursaries they have received. Weirdly, they see themselves as "artists" rather than craftsmen. The literary culture to which they belong is dominated by Literature Wales, playing the role of the benefactor, with writers lining up each year with their begging bowls and then expressing eternal gratitude whenever a few goodies come their way. Even more distressing is the sight of respectable academic writers and talented new authors using social media to say that the receipt of a bursary of maybe £2,000, and the receipt of a modest amount of mentoring help, has given a sudden boost to their self-esteem and has somehow "vindicated" or "validated" them as writers. They appear to be blissfully unaware of how demeaning the whole relationship has become..........."
Posted by BRIAN JOHN at 10:31