Welsh TV support mechanisms -- why is there no requirement to promote Wales? 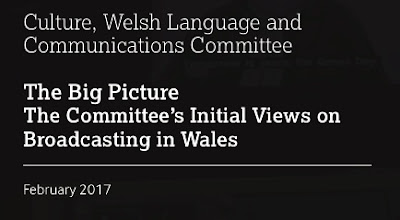 The Welsh Assembly's Culture Committee has been investigating broadcasting in Wales, and has issued its Report entitled The Big Picture".

In the Report, the Committee ponders on this question:  why is it that "the Welsh narrative" is not effectively told on TV and in film?  It refers to the need for a "portrayal objective" to be taken on board by BBC Wales, and asks the BBC to commit an extra £30 million per year "for English language drama and broadcasting about Wales."  It is not alone in wanting to see the BBC and the film industry doing more to reflect and portray Welsh society and perspectives, and indeed to sell Wales to the world.

I've done some checking to see the extent to which the Welsh Government itself is promoting those objectives through its grant aid / subsidy programme for the broadcasting and film industries.  The answer is "Hardly at all......"  I was a bit surprised by that!  We all know that Wales is now a fantastic location for shooting cinema films and TV series:

The marketing approach of Screen Cymru is that Wales is a great place for telling other people's stories -- magnificent locations, easy proximity to London, favourable financial arrangements, top notch studios, expert crews, supportive and cooperative local authorities and property owners, etc.  That's wonderful, and the full "package" has brought £138.6m into the local economy since 2012.

But when you look at the TV and film support mechanisms in detail, there is virtually nothing about a requirement to "reflect and portray Welsh society and perspectives, and to sell Wales to the world".  For example, the Welsh Government Media Investment Budget, with links to Pinewood and Sky Vision, is available to film and TV productions without any requirement -- or even encouragement -- to portray and promote Wales.

Sky Vision
http://www.skyvisionmicrosites.com/WelshFund/Home/Guidance
The only body that actually does encourage a real involvement with the story of Wales is Ffilm Cymru, with the following words:  "Ffilm Cymru Wales aims to identify and nurture Welsh filmmakers – particularly producers, writers and directors - by supporting and encouraging the development of their work and ambitions. We are also keen to encourage films with Welsh cultural content, reflecting Wales and Welsh life, as part of our portfolio."  So -- thumbs up for Ffilm Cymru!
Ffilm Cymru
http://www.ffilmcymruwales.com/index.php/en/
Although the boundaries between film and TV are now a bit blurred, Ffilm Cymru has traditionally concentrated on cinema rather than TV films -- and this means that as far as TV is concerned, there is nothing in any guidance notes or in any eligibility or selection criteria to encourage producers, directors and screenwriters to think that Wales has a story to tell and that the big wide world might be interested in it......

"We are keen to encourage projects which tell the Welsh story, reflect and portray Welsh society and perspectives, and promote Wales to the world."

That would not in any way discourage the making of global blockbusters, but it would at least give some encouragement to local Welsh talent in the creative industries!
at February 20, 2017

Great article - it's a very important debate especially in light of recent announcements about BBC Wales and BBC Scotland. However I disagree with your last point regarding global blockbusters - why can't our stories end up being global blockbusters? Our stories are definitely strong enough to tell - past and current - fiction and non-fiction. If Robin Hood can be a household name - why not Twm Sion Cati, if Braveheart can be successful why not Llewelyn ein llyw olaf or Owain Glyndwr, what about y Mabinogion? We need confidence and ambition as well as talent - it's something we can and should nurture and aspire to.

You are of course quite right, Sian. Our stories are quite strong enough to be worthy of global exposure. I suppose that the Welsh Govt is scared of appearing parochial, and do not ant to scare away the big spenders! there has to be a balance -- and we are working on them! Let's all keep on badgering them..... 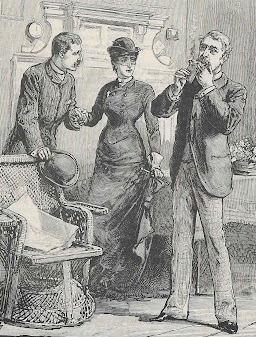