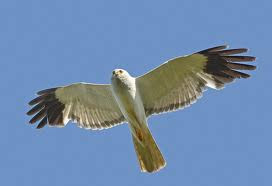 Three great pleasures on the mountain this morning -- simple things become even more pleasurable when one reaches the moderately advanced age of 70 than they were before. Number one was breakfast on the summit, in the sun. Number two was a plastic container full of blackberries, which are now coming thick and fast. And number three was a grandstand view of a protracted dogfight overhead between a male hen harrier and a pair of red kites who were clearly not welcome in his territory. He was pretty angry with them, but it must be said that they were not terribly bothered by his attacks. With that very distinctive light colouring, I thought at first that he was a gull, but then the characteristic form became clearer. He was about the size of a buzzard, but with slightly slimmer wings and a more elegant and agile flight. Magnificent! And good to know that the hen harriers are still nesting on the mountain.
Posted by BRIAN JOHN at 03:27