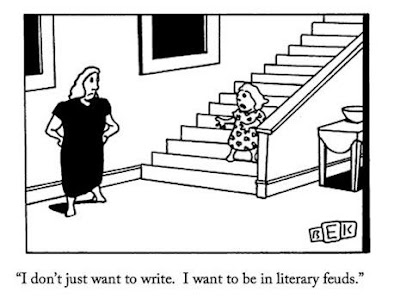 Wales Online has published a podcast interview between reporter Martin Shipman and Lleucu Siencyn, the Chief Executive of Literature Wales. Most of it is about Lleucu's "literary life", but inevitably the conversation turned to the Medwin Hughes Panel and the big debate about

the future of literature and publishing in Wales.


I quite agree with some of the things that Lleucu says in the podcast, but I do not agree with her that the debate encouraged by the Minister on the future funding of literature and publishing in Wales was "an unfortunate episode" and something that "wasn't needed." In my view ALL efforts from Welsh Government ministers to encourage debate and to assemble views on specific topics are to be applauded -- we would all be pretty disgruntled if all policy was determined behind closed doors without any consultation within the affected sector.


So yes, the appointment of the Medwin Hughes Panel was a good idea, and it was perfectly proper that the Panel sought opinions and factual evidence from within the industry and from the public at large. It's a bit disingenuous of Lleucu to say that the Panel's report "created divisions which weren't there....." As she must know, the divisions have been there for years, on many different issues -- and if you don't believe that, just look at the comments from respondents as published in the report. Disquiet has been expressed about the subsidy culture, about duplication of effort between WBC and LW, about patronage, about the gravy train, and about the tendency of LW to stray into areas that should be none of its business. So the Panel Report, and the Culture Committee deliberations on it, have given a good shaking to an industry that has suffered for years from a variety of ills. As the Panel pointed out, there has been complacency and an unrealistic sense of entitlement from an organization (LW) which has been spending 75% of its funding in-house. That really is not good enough.