Literature Wales and the cultivation of patronage 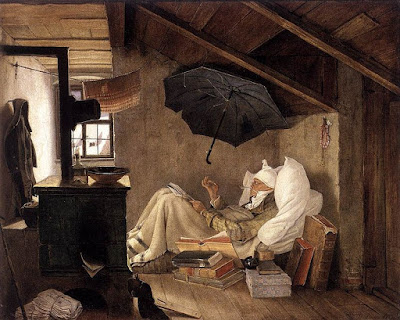 Literature Wales and the cultivation of patronage

Literature Wales, the national company for the development of literature in Wales, also calls itself “the society of writers” (1). But to what extent does it serve the interests of writers, in the same way that the Society of Authors serves writers in England? (2)   According to some commentators in 2017, the answer is “hardly at all” (3).

Somehow, LW has transformed itself into an organization extending its reach into fields such as the arts and tourism, with much of its time spent on marketing. It also devotes much energy simply to ensuring its own survival — and in the process spending around 75% of its income in-house.  (When that happens  — and I speak from a position of awareness, having been involved in such an organization myself, some years ago — it’s time to call it a day.)  As its aspirations have increased, its arrogance and sense of entitlement have also grown, and this was remarked upon by the Medwin Hughes Panel members (4).  The staff and working panels of Literature Wales appear, from the outside, to be accountable to nobody; and although they are no doubt committed, highly motivated and hard-working, in a very subtle way they have come to see themselves as "the professionals" and as "the experts" who determine which writers will be supported in their careers, and which ones will be ignored. (This “expert takeover” is by no means unusual — we see it in many other organizations as well, including local authorities!)

As noted by the Medwin Hughes Panel, the senior staff of Literature Wales have accrued powers of patronage to an extraordinary degree, without any apparent interference from the organization’s own Chairman and Management Board, and under the noses of Arts Council Wales, which is responsible for funding and due diligence testing.  The writers of Wales (without whom there would be no Welsh literary activity or books) have long since ceased to have any influence over the appointment of Management Board members or the appointment of staff.  The old membership-based body called the Welsh Academy has been allowed to wither on the vine, quite probably as a matter of policy.  As pointed out in previous posts (5), it holds no elections for Management Board membership, and there is no democratic involvement in the appointment of presidents, fellows or honorary members. It holds no meetings. Nobody sees any annual accounts, although there is still an income stream from membership subscriptions.  Much of this income stream is siphoned off (without the consent of members) to Literature Wales (6).  The online membership data-base, with web entries for all the writers in Wales, which was accessible to the public, was suddenly taken down by Literature Wales without advance warning, and has not been revised or up-dated.  LW staff now claim that when they receive enquiries from schools and colleges, literary festivals or book clubs for “appropriate speakers”, they will pass on the names of “suitable” writers.  That is unacceptable patronage, open to favouritism and corruption. There is no transparency in the appointment of bursary panel members, judges for the Wales Book of the Year awards, the leaders of literary tourism events, or the tutors for courses at Ty Newydd. There was no effective input from writers other than the “invited experts” into the Land of Legends web site which purported to flag up the best of the Welsh literary heritage to the world (7). Who chooses the “experts”?  Who decides on the workshop leaders for the South Wales Literature Development Initiative?   Who appoints the “experienced mentors” who help in the LM Mentoring Scheme for Writers? Who decides which Writers on Tour will be funded?    Who invites writers to participate in special events such as the celebrations of Roald Dahl and Dylan Thomas?

In all of the above fields, where there is no direct involvement from the writers of Wales or their elected representatives, the potential for favouritism or corruption is rife, and accusations of patronage are inevitable, especally when the same names pop up over and again as one digs a little deeper.  How many of these "favoured writers” are paid for the duties they perform, and how much are they paid?(8)  These matters should of course be under the strict conrol of the Chair and Management Board of LW, but the Medwin Hughes Panel raised major concerns about the apparent semi-detachment of the Board, which seemed to content itself with rubber stamping decisions already made by the Chief Executive and other senior employees rather than controlling and directing the activities of the executive.  This smacks of poor leadership, ineffective governance and even negligence.  An executive with a strong-willed leader will always assume “delegated powers” unless it is brought to heel and told in no uncertain terms where its powers begin and end. (This happens in Parliament too!)

So there is an appearance that the Chief Executive and senior officers of Literature Wales run a sort of fiefdom from their Cardiff HQ, with minimal interference from their Management Board or from anybody else. Whether or not that is actually the situation, appearances are crucial, and as Jasmine Donahaye said of Literature Wales in July 2017, "It’s been poorly managed and poorly governed, and its accountability to its funding body, the Arts Council, has been woefully inadequate. ……..Many writers have clearly felt increasingly alienated from Literature Wales and the direction it has taken.” (9)

As I have said before, that is a profoundly dangerous scenario, involving dependency on the one side and patronage on the other. To our eternal shame the writers of Wales have allowed themselves to slip into an acceptance of it.  The rise and rise of the subsidy culture has created a generation of writers who measure their status not by the reputation and commercial success of their published outputs but by the number of bursaries they have received.  Weirdly, they see themselves as "artists" rather than craftsmen.  The literary culture to which they belong is dominated by Literature Wales, playing the role of the benefactor, with writers lining up each year with their begging bowls and then expressing eternal gratitude whenever a few goodies come their way.  Even more distressing is the sight of respectable academic writers and talented new authors using social media to say that the receipt of a bursary of maybe £2,000, and the provision of a modest amount of mentoring help,  has given a sudden boost to their self-esteem and has somehow "vindicated" or "validated" them as writers.  They appear to be blissfully unaware of how demeaning the whole relationship has become……….. (10)

So what is to be done?  First, we should recognize that Literature Wales is a body which has such a high opinion of itself that it will inevitably resist transformation from within or reformation / restructuring imposed from elsewhere.  In my view it is no longer fit for purpose, and it should be dissolved.  The good things that it has been doing (and there are many) can easily be transferred.  Its book and writer promotion activities (including bursaries, mentoring and book prizes) can be transferred to the Welsh Books Council.  Its literary tourism  activities would sit much better in a dedicated unit within Visit Wales.  Ty Newydd writer’s centre should be run by a small new organization tasked with making it profitable.  And the Welsh Academy should be reconstituted so that it can be run by writers for the benefit of writers in Wales, using the Society of Authors as a model.

The new Culture Minister, Lord Dafydd Elis-Thomas, can change the current system for the better when he announces his decisions on the restructuring of the literature and publishing industry in Wales — but ultimately it’s down to the industry itself to get itself organized, to fight for change, and to recover its self-respect.