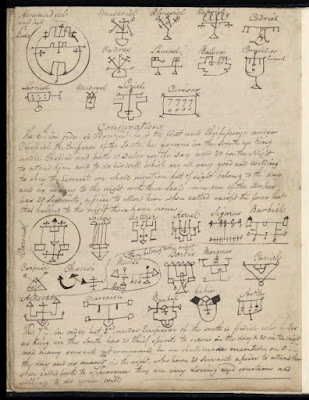 As faithful readers of the saga will know, Joseph Harries the wizard is one of the key characters in the story.  His character as I portray him is based upon what we know (and that's very little) about the real Joseph Harries who lived at Werndew.  But when I was doing research on what the Welsh wizards of the time believed and acted upon, I had to dig into the story of John Harries of Cwrt-y-Cadno, about whom we know much more.,  The two were contemporaries.

This is a web site entry about the latter:

I had not realised until now that he was an old boy of Haverfordwest Grammar School when he took up wizardry!  So there is a strong Pembrokeshire connection.

Neither had I realised that the National Library holds the manuscript of part of his "Great Book" -- called his Book of Incantations.  It is full of the most extraordinary material.  At the head of the post is one of the pages, and below is another....... 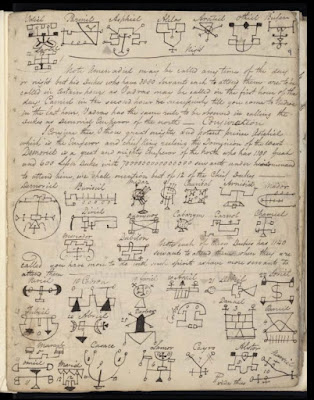