The Welsh Academy -- can it be brought back to life? 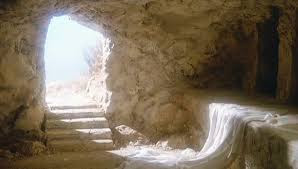 Out of the blue, following a number of posts on this blog about the apparent demise of the Welsh Academy -- and following heavy criticism from members on social media -- Chairman Tom Anderson has just written to all members inviting them to attend an EGM in Aberystwyth on 14th April 1018.   About time too, since members and fellows have heard NOTHING from the Academy since a Memorandum of Understanding was signed with Literature Wales in 2015 and since the "Writers of Wales" database was taken down from the web in the summer of 2016.

The thunderous silence has presumably occurred because the Management Board has been completely inactive.  If they have held any meetings, we know nothing about them.  But why such apathy from a group of intelligent and experienced writers?  A reminder of who they are:

These good people were not elected by the members -- presumably they volunteered to do their duty, or were simply invited to  join the Board.  But who did the inviting?  Just one of many mysteries........

1.  there are no provisions for membership involvement in the nomination or election of Board or committee members or anything else;

2.  there are no provisions for the payment of annual subscriptions (in spite of which membership subs are collected annually by Literature Wales on behalf of the Academy -- under false pretences?);

3.  there are no provisions for reporting Board or committee minutes or decisions to the membership;

4.  there is no bank account, and no guarantee that membership subs and other income are ring-fenced  by Literature Wales;

5.  there are no provisions for the keeping or auditing of annual accounts or for communicating these accounts to the members;  and

6.  there are no exclusive membership benefits.

So in my view the Welsh Academy is a cosy little club set up rather a long time ago by a group of well-meaning writers -- and which now tries to present itself as something else.  It is completely dominated by Literature Wales, which has in effect taken over most if not all of its functions while extending its reach and building up its power base.  The trouble is that Literature Wales is not a democratic membership-based organization either -- its dealings with writers are based on the principle of patronage, with non-elected officers exercising power in many different areas with minimal scrutiny either from the LW Management Board or from Arts Council Wales.

Let's hope that when the EGM takes place, there will be a good turn-out of writers who believe that the Welsh Academy has a real role to play as an organization devoted to promoting the interests of writers in Wales.  In order to achieve that, it appears inevitable that the links with Literature Wales will have to be severed; that the Constitution and Memorandum of Understanding with LW will have to be scrapped; that the current Committee / Management Board will have to be dissolved; and that a completely new group of people will need to take control of a process of transformation.  There does not need to be any acrimony in this process:  I believe that it can all be done amicably and constructively, with the support of the old Academy Board, the staff and Board of LW, and the approval of Arts Council Wales as well. And finally there will have to be ELECTIONS.........!!