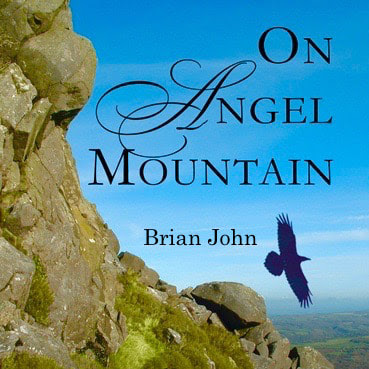 There are developments on the audiobook front.  After a couple of years of trying to find out whether WF Howes / Clipper Audio still has the raw materials for the two audiobooks that they published in 2005 and 2006 (info below) I have at last managed to talk to the right person!  The good news is that although all of the cassette and CD versions of the two books were sold, the WAV files are still in existence, and they are of excellent quality.    Jonathan and Leanne read the books very well, although there are some minor technical issues (for example, on some place-name pronunciations) which can be sorted out.  So I will be getting the WAV files for the two books, which I can store on the computer and have for private use.  That means I can give them to some of the blind people who have told me that they want to listen to the books.

The other good news is that Clipper might well want to do their own audiobook versions of the two titles and make them available for sale through all the normal outlets -- including Amazon's Audible.  We will be discussing all of this within the next couple of weeks.  They will have to get rid of those terrible covers and do some serious rebranding......

So although we have a number of willing and very able readers who have offered their services for the making of new versions, we'll hang fire for now.  There is no point in going to a great deal of unnecessary expense and trouble if perfectly acceptable versions of On Angel Mountain and House of Angels are already in existence.......

Then we have the little matter of books 3 - 8 in the series.  I will be talking to Clipper about the recording rights of those six books, and it will be great if they express an interest in doing them too.  Fingers crossed -- this would be fantastic for raising the profile of the whole series. 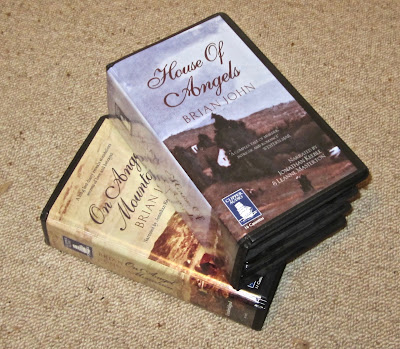 
The unabridged audio version of "On Angel Mountain" was produced in 2006 by Clipper Audio, ref H1957, in a package of 11 cassettes. The CD version was also issued. The readers are Jonathan Keeble and Leanne Masterton. Listening time: more than 15 hours.

The unabridged audio version of "House of Angels” was released in 2007, produced by Clipper Audio, ref H2213, in a package of 16 cassettes. Once again the readers are Jonathan Keeble and Leanne Masterton. The full audio book listening time is 18 hours and 30 minutes.