Wales's incoherent strategy for selling itself to the world 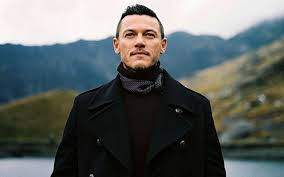 Yet another rather depressing report on how ineffective Wales is in selling itself to the world.  This has to do with self-image, self-esteem and confidence, as much as it does with the smart use of technology and marketing tools.  As we have said over and again, film and TV are crucial marketing tools, under-used and maybe misused as well. And as we have also said over and again, while Visit Wales lacks nothing in enthusiasm and expertise in the field of whizzo marketing, nobody can quite see that its strategy actually is.......

Anyway, here is the latest set of grumbles:

Selling Wales to the world 'patchy and incoherent'

There have been weaknesses in the approach to selling Wales to the world, the Welsh Government has admitted.

Eluned Morgan said her newly-created international relations minister role would attempt to address failings.
She will work with experts to develop a new international strategy.
AMs said in a report published on Thursday that Wales had been "far less successful" than other similar-sized countries in working with Welsh people overseas to promote the country.
The External Affairs Committee's report, "Wales' future relationship with Europe and the world", called for better engagement with the Welsh diaspora and expats.
• Five overseas government offices to open
• Overseas office plan 'clearly wrong'
• Time for 'special relationship' with the US
• Selling Wales to the world
The committee report criticised the Welsh Government's previous work on international promotion as "patchy and incoherent" and said Brexit made the need for a new strategy "all the more urgent".
The Welsh Government's current international strategy, "Wales and the World", was published in 2015.
"We want to give a clear message: we are not turning our backs on the rest of the world. We are open for business and we are open for cultural exchanges," Ms Morgan said.
"We are really increasing our activity in this space because we need to, because of the potentially negative message that people around the world may have seen as a consequence of the Brexit debate.
"There's so much good to say about Wales, we have such a good message to sell.
"I'm very anxious to make sure we increase our export activity in particular, but also make sure people understand that we are a proud nation, a culturally rich nation, we have great food and drink, we have high tech companies."
Doha in Qatar is one of the places the Welsh Government has international offices
Questions have been raised over the success of the Welsh Government's 21 international offices in 12 different countries, including the United States, China, India and Germany, in helping Welsh exporters with investment decisions and attract inward investment.
The Federation of Small Businesses has previously been critical of the effectiveness of the international offices, citing figures that suggested exports to countries where offices were located actually fell between 2013 and 2016. The government said, at the time, the statistics may not present an accurate picture.
AMs on the External Affairs Committee said people giving evidence to their inquiry had also highlighted the overseas offices as an area of mixed success.
They called on the Welsh Government to commission an independent analysis of the work conducted by those international offices.
Posted by BRIAN JOHN at 05:08