TV and the portrayal of Wales

Ffilm Cymru is, as far as I can see, the only part of the film and TV industry in Wales which actively encourages those who seek grant aid or other forms of funding to portray or represent WALES. It emphasises the need for more films telling the story of Wales, with the following words: "Ffilm Cymru Wales aims to identify and nurture Welsh filmmakers – particularly producers, writers and directors - by supporting and encouraging the development of their work and ambitions. We are also keen to encourage films with Welsh cultural content, reflecting Wales and Welsh life, as part of our portfolio."


But within the past five years there has been a chorus of voices demanding more Welsh content in film and TV.

Professor Steve Blandford, in evidence to the Culture Committee, 2018:  “ I am among those who think that the establishment of a major TV production centre at Roath Lock has been a major boost not only for the Welsh television industry but for Welsh life. It creates the kind of confidence that has an impact well beyond the creative industries. However, it is undeniable that it has not, as yet, managed to also offer the space for the creation of Welsh-originated stories that explore life in contemporary Wales.

First Minister Carwyn Jones said in 2015 that BBC Wales should be given an extra £30m to make TV programmes that properly reflect the people of Wales.

BBC Wales Director Rhodri Talfan Davies said in evidence to the Welsh Affairs Committee in Westminster in February 2016: “In a sense what’s happened over the last seven or eight years spectacularly in Wales is production has been decentralised and we’ve built a real centre of excellence, particularly in drama and factual. I think the challenge in this charter is to make sure that economic and creative story also delivers a cultural dividend and that we see Welsh stories, our stories, reflected on screen not just in Wales but right across the UK.”

Christine Chapman AM, then the Chair of the Communities, Equality and Local Government Committee , said: “The significant decline in the BBC’s investment in English-language programming over the last ten years has resulted in fewer hours of Wales-specific programming and a schedule that has failed to capture and explore adequately the lives and experiences of Welsh communities, as well as the changing political landscape post-devolution........ It is about a greater diversity of programmes. We feel at the moment it could be rather narrow." 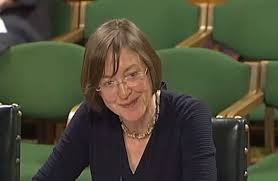 Angela Graham, chair of the IWA Media Policy Group, in the context of a submission on the future of the BBC in general and in Wales in particular, has also commented on the extent of London-based control and the problems faced by BBC Wales in delivering programming appropriate to the cultural needs and aspirations of Wales.

Some other quotes: “We will need to think hard about how we can strengthen our support for national and regional self-expression.” Rhodri Talfan Davies, Director, BBC Wales

“A national broadcaster should have something to say, not just something to make. And if that nation is bilingual, then the stories it tells must be too. " Ruth McElroy

“Creative Industries is one of our fastest-growing priority sectors. We want to establish Wales as an international centre of excellence for high-end TV drama production worldwide and this investment is part of our plan to create a long-term, sustainable TV industry in Wales." Edwina Hart, then Minister for Economy. (This was a strictly economic vision — nothing in there about culture or national identity......) 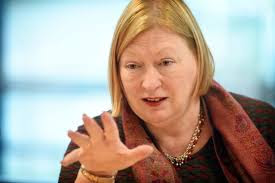 Written evidence submitted by the Institute of Welsh Affairs (BIW 17). Quote:
Portrayal. Point 6.5. "The decentralisation of production has, however, created disappointment in one important regard. Even the BBC would have to admit that it has not led, as hoped, to a step change in the visibility of Wales on network television, particularly not in the field of drama. Series such as Dr Who and Sherlock have been great international successes, and have brought economic benefit to Wales, but they have not contributed to ‘representing Wales to the rest of the UK’. Their success has also obscured the decline in domestic provision specifically for the audience in Wales."

In the summer of 2014 Ruth McElroy of the University of Glamorgan re-ignited the debate about the manner in which the national identity of Wales is projected through the media -- and in particular through television programming. While acknowledging the great success of BBC Wales dramas like Dr Who, Torchwood, Sherlock, Merlin and Casualty (and recently Hinterland) she said: ".........the challenge now is to transform this network success into making a new BBC Wales that has something imaginative and entertaining to say to and about Wales and not just from Wales. Because whilst network successes like Doctor Who and Casualty can provide jobs in Wales (for my students included) what they have not really done is tell us very much about ourselves. 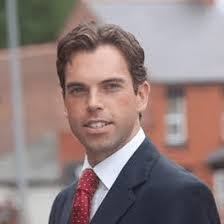 In December 2016 Ken Skates, the Cabinet Secretary for Economy and Infrastructure, produced ‘A Vision for Culture in Wales’. On television, the document said: “Looking ahead, we should press for more and better content and programming made for Wales, in Wales and about all aspects of Welsh life, including our culture and heritage.”

Film maker David Ball, in 2018 evidence to the Assembly's Culture Committee: "Wales will not nurture a domestic  (film and TV) industry and will not have the opportunity to inform the world of its history until the culture of money making is succeeded by the need to maintain its cultural identity." 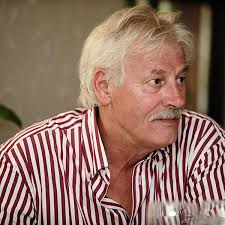 In spite of all these fine words, my attempts to get a solid commitment to “telling the Welsh story for Wales and the world” into the guidance notes for TV support mechanisms has been resisted. I have written to the Culture Minister several times about this, and the issue has been sidestepped each time. So what did Ken Skates actually mean when he made the statement in the paragraph above? How exactly does he intend to “press” the programme makers and the producers of TV? Through quiet words over a cup of tea, listened to but then completely ignored?