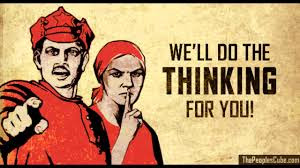 I was disappointed (but maybe not entirely surprised) when I heard not so long ago that a well-known international literary competition organized within Wales had been refused any support from Literature Wales when the organizers asked for some help with publicity.  The competition is not funded by Literature Wales, and is entirely self-financing.  The organizers were perfectly within their rights to ask for information to go out in LW newsletters and through social media;  after all, it is one of LW's responsibilities to facilitate and encourage literary activity across the board in Wales.

LW flags itself up (on its own website) as the national company for the development of literature in Wales. It claims to be responsible for leading the sector and for actively collaborating with organisations and individuals who contribute to the promotion, creation and enjoyment of the written word.   It also refers to itself as "the literature promotion agency for Wales" -- and agencies are supposed to take actions in support of others rather than simply concentrating on self-promotion.  Its role, in other words, is to facilitate and stimulate literature programmes and events throughout Wales, whether or not LW is the originator, organizer or funder of those events.

So why should LW refuse to support and promote a long-established and successful literary competition? I have now done some research, and have discovered that support has been refused on the grounds that the competition's website " links to blog posts which are extremely negative towards Literature Wales."   I am also assured that a letter from LW includes the following:  "As I'm sure you can appreciate, while we support the competition itself, we cannot justify promoting it through our channels while it leads its audience to articles showcasing one-sided perceptions about our organisation.  We would, of course, reconsider if the competition website removed these links."

This is a truly chilling scenario. Blackmail.   I have looked at the website in question, and it probably contains links to more than a hundred other web sites and blog sites relating to literary activity in Wales.   I certainly do not have the time to look at all of them in order to decide which of them are "positive" towards Literature Wales and which of them may not be.  However, somebody within Literature Wales has obviously found the time to do it, and has decided that some of the articles featured "showcase one-sided perceptions" about LW.

This is all a bit rich.  For the last nine months or so LW has been involved in a massive "charm offensive",  flooding social media,  the press, radio and TV with "good news" stories about the wonderful things which the organization and its staff are doing across Wales and further afield.  You do not have to be a genius to work out that this intensive media activity is a direct response to the criticisms of the Medwin Hughes Panel, which reported to Minister Ken Skates in the summer of last year and which called out LW for its perceived poor governance, its tendency to spend most of its income in-house, its lack of a clear focus, its involvement in many areas that have only the loosest of links to its core functions, its duplication of functions already undertaken by the Welsh Books Council and other organizations, and its shift away from an "enabling and facilitating" role into a new role as a provider of services and an organizer of events. These were very serious criticisms, as a result of which the Panel suggested that many of the LW functions should be taken away from it and handed over to WBC and maybe Visit Wales as well.  There was also criticism of LW's arrogance and sense of entitlement.  It also has to be said that the comments made by the Medwin Hughes Panel were not new or especially derogatory;  they were also made by many correspondents who participated in the Panel's broad-based consultation process.  Those comments are all on the record.  Literature Wales's response to the criticisms directed towards it was more than a little petulant and aggressive, and it spilled over into very personal attacks on the integrity and expertise of the Panel members.  This resulted in a very direct rebuke from Minister Ken Skates.

So the propaganda put out by LW about itself and its achievements is not exactly broad-based and balanced.  It does what propaganda always does --it extols the virtues of the organization, sees everything through rose-tinted spectacles, and fails to mention any of its shortcomings.  LW has become very expert at the spreading of "one-sided perceptions"............

LW now apparently refuses to support a bona fide and well-established literary competition on the basis that some of the comments on some of the linked web sites do not meet with its approval.  Let's be clear about this.  LW has absolutely no right to get involved in censorship and blackmail or to decide unilaterally that certain web site and blog entries are "one-sided perceptions."  I dare say the writers of those entries, wherever they may be, would claim that they are fact-based and involve fair comment, regardless of whether LW may be upset about what they say.  There is after all this thing called freedom of speech -- and organizations and individuals have every right to scrutinise and if necessary criticise bodies (such as LW) which are in receipt of millions of pounds of taxpayer's money.

This all says a lot about the sad little world inhabited by the staff and the directors of Literature Wales.  If they cannot handle scrutiny and constructive criticism, they don't deserve public trust -- and the organization which they represent should be wound up.  Something better should be put in its place, involving a clearer focus, less duplication of effort, and a greater responsiveness to the needs of the writing community.  So we should probably cry for Literature Wales.  Or maybe laugh.

One last thought.  I almost put this heading on this blog post:  "The Orwellian World of Literature Wales."  Here, by way of explanation, is an extract from that fount of all wisdom and compendium of literary gems, Wikipedia:


"Orwellian" is an adjective describing a situation, idea, or societal condition that George Orwell identified as being destructive to the welfare of a free and open society. It denotes an attitude and a brutal policy of draconian control by propaganda, surveillance, misinformation, denial of truth (doublethink), and manipulation of the past, including the "unperson"—a person whose past existence is expunged from the public record and memory.........

Once again, just think about it. A brutal policy of draconian control?  That's not so wide of the mark.  LW sees itself as THE organization controlling the Welsh literary scene, and as it has developed its very ambitious expansion programme it has created a situation dominated by patronage and dependency in the writing community.  I have already commented on this:

Literature Wales is already well known for its extensive use of self-promotion and propaganda, for spreading misinformation and making rather selective use of the facts of the matter, and for assisting in the denial of the truth about all sorts of things including the value for money associated (for example) with its bursaries programme or its own annual accounts.  Now it has added to its portfolio of dodgy dealings the little matter of surveillance.  Somebody in the organization must have been briefed to scrutinise the links on other "literary"web sites for anything subversive or which strays from the party line.  We might assume that its strategy henceforth is one of supporting only those organizations which have no links whatsoever with any persons or organizations  deemed guilty of saying less than complimentary things about LW.

Just think about it, and feel the chill.

By the way, the Medwin Hughes Panel Report is here:

http://gov.wales/topics/culture-tourism-sport/media-publishing/publishing/support-for-literature-review/?lang=en
Posted by BRIAN JOHN at 09:18