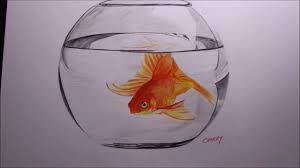 A few days ago I took issue with Gary Raymond on his rather weird piece on the Assembly Culture Committee deliberations on publishing and literature in Wales. He had it in for the Medwin Hughes Panel and its pronouncements and recommendations, and seemed to think that Literature Wales is the place where all the bright young things reside and where all the imaginative thinking is going on. Now Richard Davies of Parthian Press has weighed in, using some very forthright language.......

Although I don't agree with everything that Richard says, I do agree with most of it.

I agree that by and large there has been " a diversification and deepening of talent, resources and approach " in Wales during the past 15 years or so. I also agree that "there has been development and there have been opportunities for writers and a professionalism of the publishing culture with a deepening of the skills base." Many of the books published in Wales nowadays certainly look good -- every bit as good as the books published in London ..... what is less certain is whether anybody actually wants to read the majority of them!

Richard takes issue with Gary Raymond on whether the past was very grubby and the present is less so. In my view it is still pretty grubby -- and although Richard does not say this explicitly, he clearly feels that all is not well with the Welsh literary scene. Like me, he expresses his sadness at the apparent demise of the Welsh Academy and its failure to express itself -- on behalf of Welsh writers -- when the Medwin Hughes Panel was seeking responses from all sectors of the literature and publishing industry.

Quote: "There is a duplication of resources within Welsh literature. More money could be given directly to writers. We could work out how to make the best of the national treasure that is Tŷ Newydd Writing Centre without losing a small fortune. The writers and publishers could organise ourselves more effectively."

Quote: "And this comes to another point that both reports (the original and the summary) do seem to have missed. Where are the writers? Why aren’t they representing themselves and having a say? I know all the organisations will say they are representing writers but at the actual business end of influencing and making decisions about the culture of writing, the writers of Wales are largely apolitical or absent. The Welsh Academy/ Yr Academi Gymreig used to be a writers’ institution that had conferences and had a policy. Even when it merged into the Academi it was still a writer-led organisation, publishing magazines in Welsh and English and holding an annual conference. But once it became subsumed into the aspirations of a national company in the form of Literature Wales, the energy seems to have dissipated and it’s been reduced to putting up the occasional plaque and adding the occasional fellow to boost its diminished esteem. There was no comment from anyone at the Academi about the failure of the Chair of Literature Wales, Damian Walford Davies, to meet with a committee looking into literature in Wales for the Welsh government. Everyone else who was asked made time. Literature Wales is an organisation representing writers funded by the Welsh Government for the people of Wales through some of the taxes they pay. If the Chair couldn’t support the organisation at such a time he should have resigned.........."

That's a pretty direct criticism of Literature Wales and its Chairman for failing to defend the interests of Welsh writers before the Review Panel.   Before the Assembly's Culture Committee they spent nearly all of their time defending Literature Wales and seeking to question the qualifications of the Panel members.  That was all pretty grubby, and the Minister, and the Assembly Culture Committee, said so directly.  Will anything change now that Prof Walford Davies is coming to the end of his tenure as Chairman?  We shall see.