How "Outlander" was made 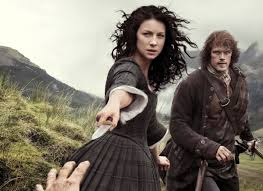 Some insights into how best-selling books sometimes make it onto the small screen........

In July 2012, it was reported that Sony Pictures Television had secured the rights to Gabaldon's Outlander series, with Moore attached to develop the project and Jim Kohlberg (Story Mining and Supply Co) producing.[5] Sony closed the deal with Starz in November 2012,[6] and Moore hired a writing team in April 2013.[7] That June, Starz picked up the Outlander project for a sixteen-episode order,[8] and in August it was announced that John Dahl would be directing the first two episodes.[9] Starz CEO Chris Albrecht later said that he had greenlighted several genre projects, including Outlander, to shift the network's series development toward "audiences that were being underserved" to "drive a real fervent fan base that then becomes the kind of advocacy group for the shows themselves".[10] Calling it "a different kind of show than has ever been on, in my memory", Albrecht believed that Outlander's combination of fantasy, action, a strong central romance and a feminist focus would set it apart.[10]

Another distinguishing feature of the show is its use of Scottish Gaelic. Àdhamh Ó Broin is the language consultant[11] and Griogair Labhruidh sang in Gaelic on the second season's soundtrack.[12]

On May 9, 2018, Starz renewed the series for a fifth and sixth season, which will adapt The Fiery Cross and A Breath of Snow and Ashes, respectively, and each season will consist of 12 episodes.[4]


Outlander, Diana Gabaldon’s bestselling fantasy/romance/adventure series of books, is slowly inching to the screen. No greenlight from Starz yet, but I’ve learned that the project has opened a writers room, with Battlestar Galactica developer Ron Moore, who is spearheading the drama series adaptation, hiring four scribes to work with him. The move indicates that Starz is contemplating a potential straight-to-series order for Outlander, a route the pay cable network has taken with most of its original series. Joining Moore on Outlander are two writers who have worked with him before — Battlestar alumna Toni Graphia and Caprica‘s Matt Roberts — along with veteran showruner Ira Behr (Alphas, The 4400) and Anne Kenney (LA Law, Switched At Birth).

Sony Pictures TV acquired the rights to the books last summer and attached Moore, who is under an overall deal at the studio, to develop and write a series targeted for cable networks. The project landed at Starz in November, with Jim Kohlberg’s Story Mining and Supply Co producing.
Posted by BRIAN JOHN at 13:29