Look out -- the Scots are coming! 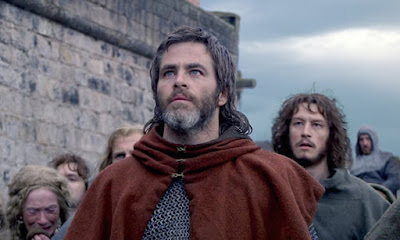 There's an interesting piece in this Sunday's Observer about the boost given to the Scottish economy by location shooting of films and TV series.  The latest Netflix blockbuster is "Outlaw King", about Robert Bruce, which has apparently just started transmission.

The new series follows hard on the heels of Outlander, and of course we still remember Braveheart and even Monarch of the Glen -- all of which have extended and enhanced Scotland's profile in the world and have built specific stories into Scotland's national narrative.  As Visit Scotland's representative has explained, this all brings in new tourists and new cash into the economy too, on a scale far greater than we see in Wales.

For a long time now, I have bewailed the fact that Wales has done nothing similar.  We have great studios and very clever directors, producers and technicians working in the film and TV industries, but they use Wales very largely as a place for manufacturing other people's stories -- which do nothing to raise the profile of Wales itself.

Thus far, Scotland has lagged behind Wales in the provision of studio facilities -- but that is about to change, and an announcement about the building of a large new studio complex now seems to be close.  So whatever competitive advantage Wales has had is about to be lost.......

Time to get our act together, methinks.
Posted by BRIAN JOHN at 13:32