Martha and the shipwrecks 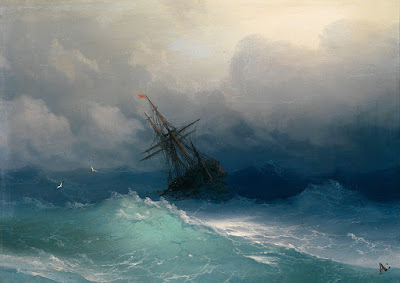 Shipwrecks occur quite often in the Angel Mountain saga, and for part of her life Martha was actually a joint owner of a trading sailing ship.  Although most of the story takes place on land, the sea is never far away.  David's brother Griffith is lost at sea......... and if it had not been for that fact David would not have inherited the Plas Ingli estate.

This is a wonderful paining by the Russian artist Aivazovsky.  How on earth did he get that translucent effect on the waves?

http://www.boredpanda.com/mesmerizing-translucent-waves-19th-century-painting-ivan-konstantinovich-aivazovsky/
Posted by BRIAN JOHN at 02:10 No comments: Links to this post 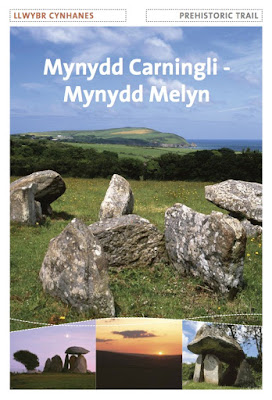 "All around Carningli hillfort, particularly on the lower hillslopes to the north and west, survives a rich and well-preserved landscape of old field boundaries, clearance cairns, round huts and farmsteads which represents one of the great surviving prehistoric landscapes of southern Britain....."

The Coflein description flags up just how important this landscape is.  Let's all make sure it continues to be well protected.  The current level of seasonal burning and grazing on the common is just about right to protect the archaeological remains and to ensure that they continue to be visible.

From a link on the Wikipedia entry, you can also access a good Guided Trail to Mynydd Carningli and Mynydd Melyn, beautifully illustrated, produced by Dyfed Archaeological Trust.
Posted by BRIAN JOHN at 01:45 No comments: Links to this post


Posted by BRIAN JOHN at 14:18 No comments: Links to this post 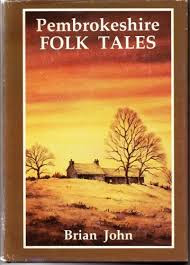 The four hardback books containing, in total, over 500 of the best Pembrokeshire Folk Tales have been out of print for many years.  Now, thanks to PCC, we have digital copies and PDFs.  I have uploaded them to Dropbox, and they can be accessed for reading online -- or for downloading -- here:

More Pembrokeshire Folk Tales
https://www.dropbox.com/s/eyzfz5y7nhbznqt/Brian%20John%20-%20More%20Pembrokeshire%20Folk%20Tales.pdf?dl=0
Posted by BRIAN JOHN at 05:04 No comments: Links to this post

Welsh literature and the subsidy culture 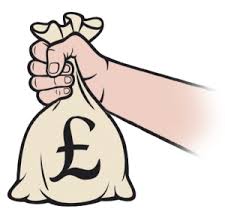 Yesterday I came across an interesting assessment of the "value" of the subsidy culture that impregnates the Welsh literary / publishing scheme.  It's a bit difficult to extract hard data from the report written by somebody from Swansea University (there is no author's name on it), and there is no proper cost/benefit analysis within it, but it looks as if the Welsh Government's "Library of Wales" project cost the taxpayer about £530,000 in the first five years of its operation, 2008-13.  During that time 38 titles were published, mostly old "classics" which have been out of print for some time. It looks as if 18,000 copies of the books were given away to schools and libraries, and that around 38,000 copies were sold.  But no proper sales figures are published, and rumour has it that the term "sales" actually means numbers of books sent out on publication day from the warehouses (including the Welsh Books Council)  to the bookshops -- and does not take account of returns.  If that is the case, then the actual number sold over the counter is substantially less.  So on average each title has sold less than 1,000 copies.  Let's assume that good money has been paid for around 30,000 books.  Put another way, every copy sold has cost the taxpayer about £17.  (Sales income does not come back to the Welsh Government -- it goes to the publisher of the books.)

That does not look like a very sensible way of spending public funds, even though the objective is to demonstrate the unique English-language literary heritage of Wales and to ensure that "classic novels" are kept in print so that universities and schools can extol their virtues.  All very laudable, but how many of those "classic" novels are actually worth reading? Answers on a postcard please........

So £530,000 of public money has been spent in order to achieve 30,000 paperback book sales.  That makes me feel quite pleased that without any public subsidy whatsoever, I have achieved sales of 80,000 copies of the Angel Mountain novels.  Here is another interesting thought.  If I had been given a public handout of £17 per copy sold, I would by now be better off to the tune of £1,360,000 and might be lounging on my yacht somewhere in the Caribbean............

I wonder if the Library of Wales has brought more enjoyment (and perhaps "enlightenment" too) to its readership base than has the Angel Mountain Saga?  If anybody wants to suggest to me that my novels (or those of Iris Gower or Catrin Collier) are somehow less "worthy" or "significant" than some of those very dreary "classics" on the Library of Wales list I will get very upset indeed.

I'm always available to the Welsh Government if it wants me to give it some advice on publishing economics and the meanings of terms like "supply" and "demand"............

PS.  If any of the figures given above are incorrect, I will be very happy to have the correct ones given to me, so that I can publish them.


Posted by BRIAN JOHN at 15:34 No comments: Links to this post 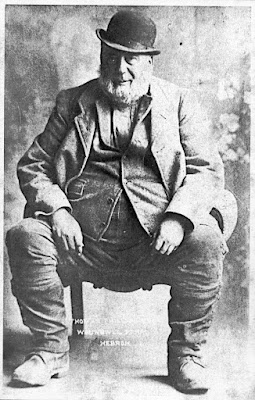 Thanks to some very kind help from an unexpected quarter, all 4 of my Pembrokeshire Folk Tales books (long since out of print) have now been digitised, and may soon be available via the web.  In all, the books contain more than 500 stories, collected and reproduced as faithfully as possible, with wording very close to that used when the tales were first published in the 1800's and 1900's.

Here is just one of the stories, about a famous and very eccentric character known as Twm Waunbwll........ 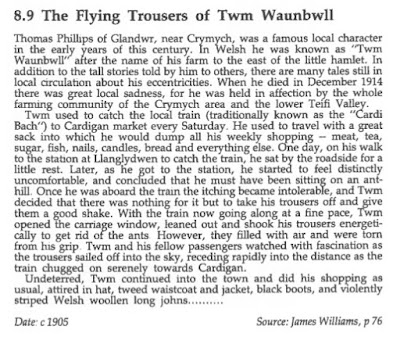 Posted by BRIAN JOHN at 10:27 No comments: Links to this post 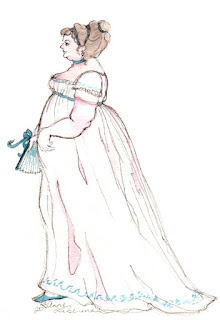 Daisy, the black sheep of the family
I have as soft spot for our Daisy, even though she is absent from most of the Saga.  She is born in April 1801 as the second of Martha’s four natural children. She has a difficult childhood, and Martha never fully realizes the extent to which the little girl is affected by David’s death when she is still only three years old.  She is effectively starved of affection whilst her mother becomes obsessed with baby Brynach, the foundling who arrives one night on the front doorstep of the Plas, and then with the mysterious Nightwalker who makes frequent appearances on the mountain.

In the year following David’s death Daisy disappears, and Martha finds her in the cave, having had a premonition that that is where she would be.  During that episode it becomes apparent to the reader that Daisy is a strange child who lives in a fantasy world and who is likely to create problems for her mother in the years to come.  Indeed she does create major problems, and Martha loses her emotionally and has a series of disputes with her in the difficult years of blossoming womanhood.  Everything comes to head when Daisy goes off to London, swearing that she will never see her mother again and that she will have no further contact with her home or her family.

After that, as one story follows another, we are occasionally made aware by Martha that she has news of Daisy; but in truth she has rumours rather than accurate information, and all her letters to her errant daughter go unanswered.  Just as Martha loses her son Dewi and her youngest daughter Sara she loses Daisy, and the pain of that loss is made more severe by the knowledge that she is still alive but quite disinterested in acknowledging either her roots or a mother’s love.

Then, out of the blue, a fat lady in exotic clothes arrives without warning at the Plas.  Daisy has returned, and Martha is overwhelmed.  Her first instinct, as in the Biblical story, is to kill the fatted calf and to celebrate.  The reunion between mother and daughter is told in quite sparse terms in the final pages of Rebecca and the Angels, but there can be no doubting the depth of a mother’s joy.  It turns out that Daisy has led an extremely disreputable and colourful life while she has been away in London, and in the most unexpected way she proves to know some of the most influential people in the capital city, within whose power it is to steer through Parliament an Act which will reform the hated turnpike trusts.  She has cavorted with princes and bishops, among others.  She has four children by different fathers, but she is still unmarried;  and later on, in the pages of Flying with Angels, she finds true love for the first time in her life and marries Dr. George Havard, thereby becoming respectable.

Whatever the excesses of her life in London might have been, in "Flying with Angels"  Daisy is a reformed character and a loving and supportive daughter.  When Martha commits her great indiscretion in Tycanol Wood with Amos Jones everybody else is appalled, but Daisy is thoroughly amused since this is a minor matter indeed when compared with some of the things she has seen and done in London.  So things come full circle.  The daughter with whom Martha fought so continuously and could not control in her teenage years now becomes the daughter who best understands her mother’s eccentricities and her willful behaviour.  That creates a mutual respect and a strong and loving relationship, and Daisy then  plays a very important role in protecting Martha and advising her as she plays out the final act in her dramatic life.

Posted by BRIAN JOHN at 08:35 No comments: Links to this post