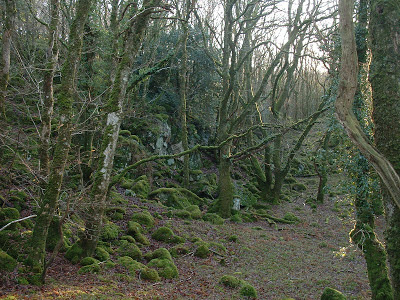 I have just finished the free Kindle promo for "On Angel Mountain"-- and at the moment "Flying with Angels" -- volume 5 of the Saga -- is free for the Kindle. You can get it here:

My marketing for the Kindle promo is based on just one thread from the book -- which leads Martha, as a 68-year-old widow and grandmother, to have sex with a married clergyman in Tycanol Woods.  As an act of kindness -- well, she was a very kind lady.  The trouble was that somebody was watching.  Bad idea.  Big trouble.........

This is the blurb for the book:

It is 1845, and Martha Morgan, Mistress of Plas Ingli, is feeling her age. She receives warnings that she should “take care”. Her beloved estate collapses, and she has to call upon her deepest reserves of strength in order to survive. But her misery is lessened when she meets a travelling evangelist on the summit of Angel Mountain. It turns out that the fate of Amos Jones Minor Prophet is inextricably bound up with her own. A single indiscretion in Tycanol Wood splits the community and tests the loyalty of friends and family to the limit, and starts a drift towards the final tragic episodes of Martha’s life.

While Martha is dealing with these personal crises, she is also drawn to help the peasants caught up in the Irish Potato Famine. A shipwreck on the coast near Newport gives her the opportunity to do something practical, but in the process she offends the secret Society of Sea Serjeants. Her family tries to protect her from evil men who are driven by ancient family animosities. But her fighting spirit is stronger than her body, and she takes them on. It becomes clear that Martha will not die in her bed; nor does she, but in the final act of her exciting life there are breathless twists and turns which confound her enemies and leave her undefeated.
Posted by BRIAN JOHN at 03:37 No comments: Links to this post 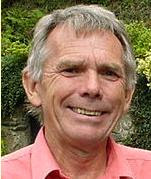 I now have an author page on Amazon -- here:
https://www.amazon.com/author/brianjohn
It should contain a full list of my books -- those in print and out of print.  I'll try to update it periodically....
Posted by BRIAN JOHN at 03:20 No comments: Links to this post 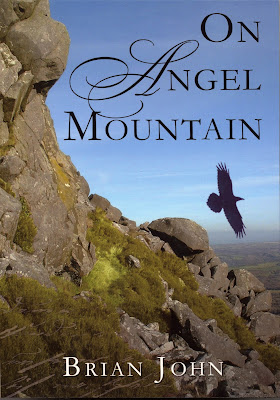 I've just finished my second "freebie promo" for ON ANGEL MOUNTAIN -- a five day period between 9th and 13th November, this time spanning a weekend.  For comparison, I have described the earlier promotion (in May) here:

This time round, the results were rather disappointing. Over the 5 days, the total number of free downloads of the book was about 880, compared with about 3,500 downloads in May.  Downloads in the UK outstripped USA downloads by about 3:1.   The average number of downloads per day was  176, and I didn't notice any difference between weekday downloads and weekend ones -- so my conclusion must be that you probably don't need to be too concerned about the precise timing of a freebie promotion.

So why was this particular exercise so much less effective than the first?  Difficult to say.  Time of year is probably not a factor -- one might have expected more downloads at the beginning of winter than at the beginning of summer.  But in this case the May promotion was 4 times more successful than the November one.  Might it be that there is only a limited market for most books, and that once you have grabbed the attention of those who might be interested on Promo number one, you are not going to grab their attention again on Promo number two?  Against that, one might expect that with the expansion of the Kindle readership, there should be enough "new readers" coming along who would not have encountered the book before, and who might wish to try it -- assuming that they actually noticed it in the welter of other freebie promotions.

This is where the crunch comes. I think that there are now so many titles available for the Kindle, at very low cost, and indeed so many freebies available at any one time, that the chances of "being noticed" are declining all the time.  This time round, I did work quite hard at bringing the book to people's attention by tweeting furiously (!!) to all of the "Kindle freebie" sites and by using other social media like Facebook.  But one is very dependent upon messages being forwarded or re-tweeted, and as Twitter grows at a phenomenal rate the chances of your tweets being noticed are diminishing all the time.

Amazon itself promotes freebies quite heavily, and makes sure that the info gets out there -- but I have heard that they put more effort into promoting books being offered free for the first time, and less for books which are free for the second or third time.  I don't know how true that is.  As far as I could see, the "Free Books for Kindle" website puts out the info as usual, without mentioning the number of previous freebie promos.  I noticed that even with the very modest number of downloads this time round, "On Angel Mountain" spent some days in the top 10 of historical fiction best-selling titles.  I don't think that at any time the title got into the "top 100 fiction titles."  (To get into that list, you probably need to be getting at least 30 downloads per hour -- last time round, I was getting one download per minute for a good part of the freebie 5-day period.)

Another thing that might affect the likelihood of your tweets being mentioned or retweeted is the nature of your tweet.  Should you make it dull and matter-of-fact, like most of the other tweets which are promoting free books?  Tweeting is after all a part of the advertising and promotion business, and dullness never triumphs in this particular sphere.  But how wacky should you make your tweets, when you only have 140 characters to play with?  And should you actually mention the book title in the tweet, in addition to providing a link to the right Amazon page?

These are some of the tweets I tried this time round:

A #Regency tale with a rough edge. "On Angel Mountain" is #FreeforKindle. "Vibrant and alive --beautifully written." https://www.amazon.co.uk/dp/B007GATW2O

@iFreeKindleBook #free Martha, pregnant, suicidal teenage bride, loses her baby. What else can go wrong? Quite a lot http://amazon.co.uk/dp/B007GATW2O

I really have no idea which of these was most successful in attracting attention!  I also have no idea of the extent to which potential downloaders are influenced by the cover design of a book, or the publisher's blurb, or the reader reviews featured on the Amazon web site.  Maybe, in a highly diverse market-place, some are influenced by one thing and some by another, and some by none of those things, but by word of mouth and personal / private twittering somewhere out there in the twittosphere, beyond our ken..............

Posted by BRIAN JOHN at 03:01 No comments: Links to this post

Three freebies on one day 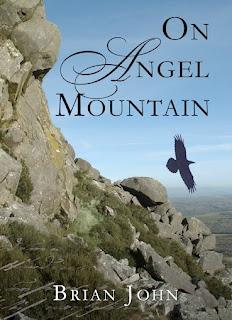 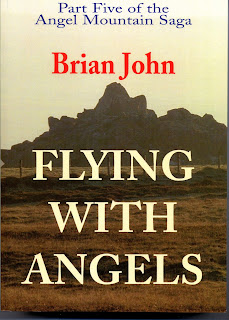 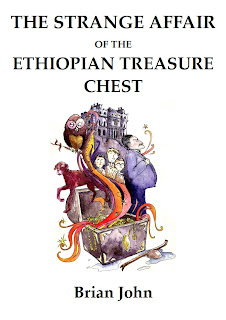 On this very day, for the first time since  the creation of the universe, you can get 3 of my books for nothing, in the Kindle versions, from Amazon.

One has to do these freebie promotions now and then, as an essential part of one's marketing strategy, and it so happens that 3 promotions are overlapping today.  So if you or any of your loved ones are Kindle book readers, feel free to get your free downloads as follows:

"On Angel Mountain" (the first book of the Angel Mountain Saga) is far and away my best-selling book (27,000 sold) and is here:
amazon.co.uk/dp/B007GATW2O

"Flying with Angels" (the fifth book of the saga, in which the heroine Martha Morgan dies for the first time -- don't ask me to explain!) is here:
amazon.co.uk/dp/B007WSZ1P2

"The Strange Affair of the Ethiopian Treasure Chest" (my prize-winning children's adventure story for an upper primary school readership) is here:
http://www.amazon.co.uk/dp/B005SHXPWK

There now.  That's just three of the fringe benefits you get from this rather strange blog site!  Happy reading!
Posted by BRIAN JOHN at 02:41 No comments: Links to this post 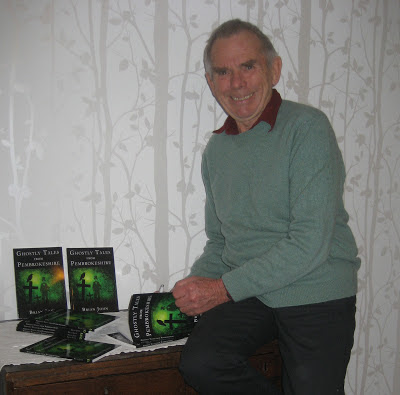 Well, that's got my first few sessions of signing and distributing out of the way.  Been out on the road a fair bit recently, and the shops now have their first batches of the Ghostly Tales book in stock.  And the good news is that only a week after publication, sales income has already exceeded the size of the printing bill.  To achieve that, I needed to sell just over 200 copies.  So far, about 300 are in the shops, with a further 400 copies taken by my main distributor, the Welsh Books Council.  (That's a nice sign of confidence -- they know that there will be a good demand for the books.......)  My initial print run was 1,000 -- so I have about 300 copies still in stock. Enough to see us through to Christmas?  Hmmm -- not sure...

Now I can sit back a bit -- or get on with things in the garden -- and wait for requests for top-up supplies from the book trade.
Posted by BRIAN JOHN at 02:02 No comments: Links to this post

Free on Kindle-- five days only! 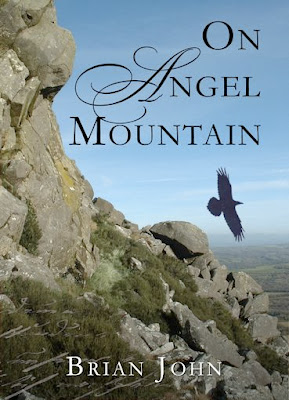 Time for another marketing push on my Kindle books.  Five of the novels are available in Kindle editions, and I'll get the others uploaded soon as well.  Last time I did a five-day "freebie promo" for "On Angel Mountain" there was a distinct spurt in sales for all of the novels afterwards -- so giving things away does seem to have a positive commercial effect!  So take the chance, folks -- for five days, starting on Friday, the first novel in the series is free again........ so feel magnificently free to download it, and please tell your friends.
https://www.amazon.co.uk/dp/B007GATW2O

Posted by BRIAN JOHN at 13:25 No comments: Links to this post