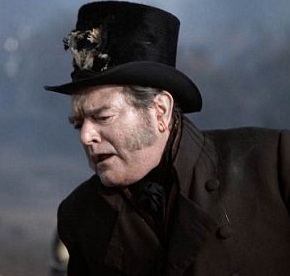 
Coming soon in the April 2012 edition of Pembrokeshire Life Magazine:

In his new novel called Conspiracy of Angels, local author Brian John has created another complex tale about Mistress Martha and the rough and ugly world of early eighteenth-century Pembrokeshire.  This is the eighth story in the Angel Mountain Saga, set in the year 1810 and immediately following the narrative of Sacrifice.  Brian hopes that faithful fans of the series will be as entranced as ever by his heroine’s latest adventures, during the course of which she becomes involved in the anti-slavery movement and is dragged into a world of high politics and extreme personal danger.  She is as irrepressible and exasperating as ever, and her angels have to work very hard to keep her safe........

But running behind the narrative of the story and the complex interactions between the key players, Brian has embarked on an analysis of General Sir Thomas Picton, one of Pembrokeshire’s most famous sons.  He is lauded as a great military leader and as the most senior British officer to have been killed at Waterloo, but does he really deserve the uncritical praise which he gets from most local historians?  Brian thinks not.  “He was certainly an effective military leader,” he says, “but the Duke of Wellington thought of him as crude and foul-mouthed, and blocked attempts to have him buried in St Paul’s Cathedral.  The defects in his character came out most strongly during his time as the Governor of Trinidad, when he was a brutal and sadistic tyrant.  To this day, his memory is reviled on that island, since he showed scant regard for the law and used torture, beheadings, burnings at the stake and other summary executions routinely in his determination to maintain control over the colonial population of black slaves.  His methods would not have been out of place in the Middle Ages.  He claimed that he did not mind being hated, so long as he was feared.   My portrayal of him in the book may or may not be accurate, but I have tried to be reasonably faithful to what I have discovered through my research.”

General Picton’s nemesis was a 13-year-old mulatto girl called Louisa Calderon, who was accused of theft and who was then tortured (with Picton’s specific approval) in order to extract a confession.  Because she was a free member of the community and not a slave, this caused outrage on the island and further afield, and added to the pervading sense of disquiet about Picton’s behaviour.  He was relieved of his post, brought back to Britain in disgrace, and tried in a very famous court case, with William Garrow leading for the prosecution.  He was found guilty by a jury, but he was never punished, because wealthy slave owners and other supporters organized a retrial, at which he was acquitted on the absurd technicality that at the time of his Governorship Spanish law still applied!  But from that point on, his reputation was destroyed.

So is Brian involved in a piece of “character assassination” by bringing echoes of these events into his new novel?  He thinks it is perfectly valid for a novelist to address social issues, and to seek to throw light onto historical events and even onto well-known characters from the past.  He claims to have done just that in every one of the Angel Mountain novels.  “This time I have General Picton under scrutiny, and what I see under the cloak of celebrity and through the fog of history is not very pleasant.”
Posted by BRIAN JOHN at 13:04

Picton was a psychopath, whose wealth and position rendered him practically unassailable. In this, he was very similar to many of his contemporaries in the 'gentry' of the eighteenth and nineteenth centuries. I think it probable that any book that sought to portray his life and works with any degree of accuracy might be banned under the Obscene Publications Act, or similar.

icton was a psychopath, whose wealth and position rendered him practically unassailable. In this, he was very similar to many of his contemporaries in the 'gentry' of the eighteenth and nineteenth centuries. I think it probable that any book that sought to portray his life and works with any degree of accuracy might be banned under the Obscene Publications Act, or similar.

Agree, Jack. Not a nice fellow at all --I give his character a good going over in the book. Legend has it that he was shot in the back at Waterloo, by one of his own men.