More rumblings from the Welsh TV and film industry 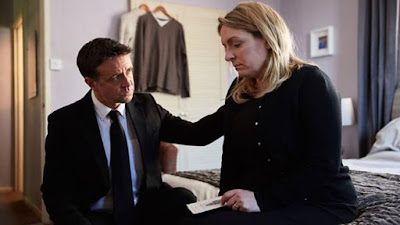 Here are a number of stories from the BBC web site which suggest deep frustration within the industry about "the Welsh way of doing things" in the film and TV drama field.  Series like "Hinterland", "Keeping Faith" and "Bang" have done well, but they are all made on incredibly low budgets and although they may get network air time, the production companies, directors, actors and scriptwriters all seem to be pointing at big shortcomings in the system.........

Loss-making projects, the scandals associated with Bad Wolf and Pinewood, the convoluted financial support system, and the "exploitation" of Welsh production facilities by production companies that have no interest in telling Welsh stories or doing anything to promote Wales are all big issues.

Actors missing out on TV and film roles in Wales, Equity union claimshttps://www.bbc.co.uk/news/uk-wales-politics-44385773?SThisFB

Some of the info from an FOI request:

Take Down, which was produced by Pinewood, was given a loan of £3.14m.   The production, which was shot in Pinewood Wales as well as Anglesey and the Isle of Man, has so far recouped £941,413.
According to the Internet Movie Database, the film was released on DVD in the UK in August 2016, although it appeared to have a cinema release in the US.

BBC Films' British war comedy Their Finest - which lists Pinewood as a producer - was loaned £2m and has recouped nearly £2.1m for Welsh Government, making a profit so far of £49,985

It also listed a number of projects that have received loans from the scheme that are yet to reach a release:


£1.2m for Show Dogs, a comedy that is being released in the UK next year and was mostly shot at Pinewood Studio Wales
£2m for Chuck Steel: Night of the Trampires, which also received a £673,784 Wales Screen Fund grant
£850,000 for World War 1 drama Journey's End, being previewed in Cardiff on Thursday - £80,000 has been recouped so far
£25,000 each for the development of a film called Lionel The First, TV show Jack Staff, and TV project Minotaur

A total of £317,000 has also been loaned to Tiny Rebel Games, based in Newport, for the game Dr Who Infinity, in partnership with BBC Worldwide.

As one might expect, the BBC and the Welsh Government bat away the criticisms and concerns by stressing the positives (mostly about the economic spinoffs coming from the making of films and TV series in Wales) and ignoring the negatives.    But the Assembly's Culture Committee is currently investigating the film and TV industry in Wales, and it will be interesting to see what they come up with when they make their report.
Posted by BRIAN JOHN at 01:57