Film and TV in Wales 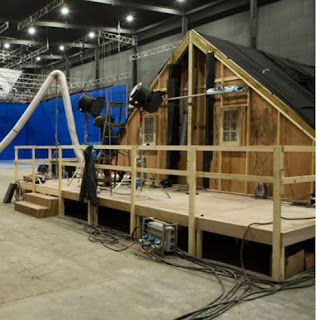 There was a big article in Wales Online (the Western Mail) in March, summarising the progress made in Wales in atrracting work to the new big TV / film studies mostly in the Cardiff area. Big Wolf features large.....

No problem with any of that, and indeed a vibrant film and TV industry does bring jobs and cash into the Welsh economy (although we seldom see the balance sheet comparing investment / grant aid from the Welsh government -- ie the taxpayer --set alongside measurable economic benefits.)    The costs are very high indeed -- and we must all hope that the benefits are even higher!

From the comments of people interviewed, there is still a strong undercurrent of concern about the emphasis on making film and TV for a global / network market while programming ABOUT Wales and FOR Wales is dramatically under-represented and seemingly largely ignored.  People will continue to grumble about that.
Posted by BRIAN JOHN at 02:20 No comments:

London Book Fair and other matters 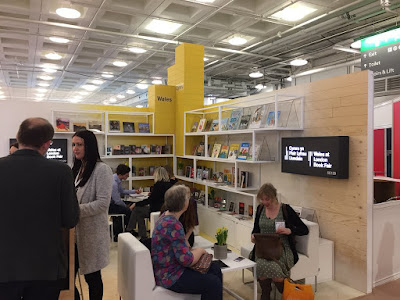 Here's an extract from Gary Raymond's article of a few days ago in the Wales Arts Review -- expressing pleasure at the Welsh presence in the London Book Fair.  That's something we can all agree with!

He also touches on the troubles afflicting the Welsh Academy, for which he might just share some of the blame, since he had been on its management board for a year.  (He refers to himself, quaintly, as a "Director", but let that pass.)  He grumbles about members of the Academy airing their grievances about the state of literature in Wales and its publishing industry.  Well, we saw all too clearly from the  events linked to the Medwin Hughes Report that there are powerful factions in the literary scene in Wales,  and I agree with Gary that some of the comments made on the record (not just by writers but by certain employed officers as well) were very aggressive -- indeed Literature Wales had to be ticked off by Minister Ken Skates for its somewhat intemperate language.  So it is clearly not all sweetness and light out there.  So what would Gary have Academy members do?  Shut up and pretend that all is wonderful in the rose garden?  I'm sure that the last thing he would want is a crowd of passive and impotent writers who express no views at all on the state of their industry, and allow themselves to be directed at all times by a number of "professionals" who do not even have to make a living from writing things.

Anyway, happy to pass this on:

For the first time in a few decades Wales has a unified national presence at the London Book Fair, and it is immediately obvious it makes all the difference. This is not a single publisher, one little red face vying for attention in a poppy field of enthusiastic do-or-die red faces, but a representation of a national literature – not just books, but an idea, a culture. A slew of the Welsh publishers, along with facilitators such as the British Council, Literature Wales, Arts Council Wales, and the Welsh Books Council, have all come together to put their shoulders to the wheel to make this happen. And in the three days the stall is a hive of activity. Publishers, writers, dignitaries come and go, some are scheduled visits, but most are not. The London Book Fair is a branding exercise, it is about marketing, it is three days of taking meetings and exchanging pamphlets and catalogues, and dealing out honed pitches like playing cards, but the value of having a national hub was clear – the focus was on Welsh literature as a brand.

The importance of the Fair, of being here, has been weighed up by the beancounters of most organisations present. It is not an inexpensive venture, and whereas Harper Collins may not have to worry too much about cost, the value of being here may be up for discussion. For the organisers of the Wales stall, it was certainly a risk. But it is impossible not to have experienced Wales at the London Book Fair and decide this is where our country must be, this is the mix, this is a seat at the table, this is the party that stops people asking, “sorry, where?”

If Wales was ever guilty of an insular, suspicious attitude in its marketing of “the arts” then it’s an attitude that over the last few years has been resolutely cast aside. Outreach projects, international showcases, branding exercises – these terms might send shivers down the spine of some people with certain ideas of what an artist should be, but they are, at the very least, pro-active modern attempts to remedy immediate and potentially devastating modern problems. Although individuals made this work, each with their own reasons for doing so as well as a collective one, there were no poster boys or Court favourites, no elites, no conspiracies or hidden agendas, this was Welsh literature of the past, present and future, being presented as a phenomenon on one of the most influential platforms in the world. And rather than being condescended to, or dismissed, or rubbished, as some in Wales fear is the destiny of any Welsh person who sets foot over the Severn Bridge, Wales was embraced and discussed on a level with every other nation present.

A few days later, in a hotel in Aberystwyth, the Welsh Academy (the national society for writers in Wales) hosted an emergency general meeting to decide its future. In the year I have been a Director of this esteemed organisation, I have been surprised to find it now sits notably as a collective of individuals rather than as a unifying body, the most vocal of whom, it could be argued, use it to air their grievances (much of it personal and some of it simply egomaniacal) about the state of literature in Wales and its publishing industry. The future of the Academy after Saturday’s meeting seems somewhat brighter than it did on Friday, but the future health of Welsh literature will largely rest not with writers unions and forums (important as they are), but with collegiate efforts to brand our writing as something attractive in a modern fast-paced professional industry. Wales’ Minister for Culture Dafydd Elis-Thomas gave a speech to a packed stall on the Thursday, and enthusiastically endorsed the venture after a morning of meetings and tours, and pledged that not only must Wales maintain such a presence at the London Book Fair in future, but that it must look to heighten and push its ambitions in these arenas. (Frankfurt, maybe?). For now, in uncertain times, one thing is certain: anything less than the London Book Fair is a step backwards.
Posted by BRIAN JOHN at 14:34 No comments: 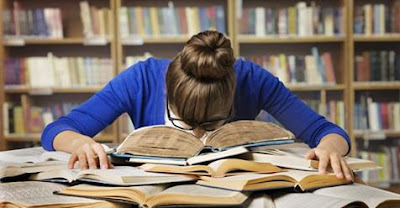 This is a perfect illustration of what I feel like when I have completed ten chapters of a new book.........
Posted by BRIAN JOHN at 12:53 No comments: 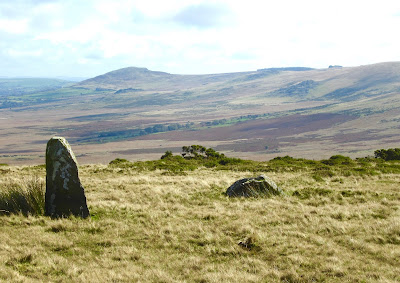