The "Writers of Wales" database 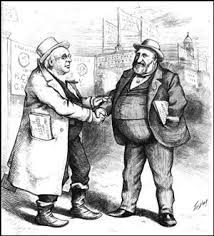 Every self-respecting writer wants to promote her / his career and enhance book sales -- and one of the most useful weapons in the armoury is the entry in the writer's database.   The Society of Authors operates a very good one, available as a benefit of membership.  My entry is probably typical, and can be seen here:

The beauty of a database of this type is that writers can ensure that the world has access to up-to-date information about them and their books; that publishers can search for appropriate writers for any publication projects which they may have in mind; that writers have an easy way of communicating with each other; that journalists and other media people can pick up relevant information about individuals; and that the organizers of literary festivals, book clubs and cultural / arts societies of all sorts can browse through the database and find the "right" writers for speaking slots which they may be looking to fill.   There are probably other benefits too......

Until quite recently, the Welsh Academy managed and maintained a database called "The Writers of Wales."  The trouble is that over the years it got bigger and bigger, and started to incorporate many people who were not really writers at all.  Members of the Academy were not very good at updating their entries, and rumour has it that many writers failed to inform the Academy that they had died.  Very inconsiderate.  When Literature Wales took over the management of the database (arising from the "understanding" between the Academy and LW) they told me that there were around 3,000 entries on the database, although the Welsh Academy had only around 600 members.  I fully understand that something needed to be done.

Apparently a revision and redesign of the web-based database was in hand, but then suddenly in August 2016 it disappeared from sight.  There was no consultation with Welsh writers, and no advance notice.  One day, the website was up and running, and the next day it was not.  Enquiries elicited the response that staff were working on it, and that it would be replaced on the web with something better designed and more relevant.  Eighteen months have passed, and there is still no sign of the revised web site.   Writers have not even been asked for their key personal information and publications lists.  The suspicion has to be that Literature Wales has no intention to refresh and republish the database -- and indeed they have said to a number of Academy members:  "It doesn't matter very much really, since when we get requests for speakers  or writers for school visits (for example) we always give the most appropriate names!"

Just think about that for a moment.  This means that transparency has disappeared, and so has impartiality.  As of now, the staff of Literature Wales (who are no doubt very pleasant and well-meaning) have complete control over the public appearances and indeed the future prospects of Welsh writers.  Without anybody knowing anything about what goes on behind the scenes, they can ignore some writers and promote others.  Upset them, and they will extract their revenge.  Say nice things about them, and they will put you on their "favourites" list.  Patronage is encouraged, and dependency takes the place of independence and self-esteem.  Writers are demeaned and power is transferred to staff members who may or may not have written anything publishable in their lives.  The potential for favouritism and corruption is so large in this situation that writers have every right to feel insulted and enraged.    I am amazed that LW staff and directors appear not to have noticed just how dangerous this scenario is -- and amazed that the Arts Council, the Medwin Hughes Panel, and the Assembly's Culture Committee have not homed in on it.  Does it worry the Minister?   Who knows.......

The ball is in your court, Literature Wales -- get that database updated and published NOW, before even more damage is done to the reputation of literature in Wales. 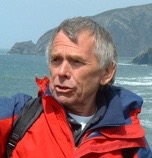 Brian John is a prolific author with 90 books to his name.  He was born in Carmarthen in 1940 and brought up in Pembrokeshire. He is married and has two grown up sons and two grandsons. He studied at Haverfordwest Grammar School and at Jesus College Oxford, where he read Geography and obtained his D Phil degree for a pioneering study of the Ice Age in Pembrokeshire. He then worked as a field scientist in Antarctica and spent eleven years as a geography Lecturer in Durham University. He has travelled widely in the Arctic, Antarctic and Scandinavia. In 1977 he and his family moved to a smallholding near Newport in Pembrokeshire, and for the last 30 years he has made his living as a writer and publisher.

He is also actively involved in a number of environmental and community organisations, and is one of the founders of the PENfro Book Festival, held at Rhosygilwen in September every year.
In addition to his books (authored and edited) he has published hundreds of articles on a wide range of topics, and among his publishers are Corgi, Collins, Pan, Orbis, Aurum Press, HMSO, Longman, David and Charles, Wiley and Edward Arnold. His published output includes university texts, walking guides, coffee table glossies and books of popular science. Many of his titles have been published by Greencroft Books, and have covered topics of particular interest to readers in Wales - for example tourist guides, books of local jokes, and a series of books on local folklore and traditions. His latest non-fiction titles are The Bluestone Enigma and Ghostly Tales from Pembrokeshire.
In 2012 he won the Wishing Shelf Children's Book Award for his children's tale entitled The Strange Affair of the Ethiopian Treasure Chest.

In recent years he has been working on a series of novels (The Angel Mountain Saga) set in his own home area and focussing on the life and times of the Mistress of Plas Ingli, 1778 -1855. The series has received wide acclaim for its narrative skill, its strong sense of place and its historical authenticity. On Angel Mountain is a Welsh best-seller, having now sold over 36,000 copies. The latest novel in the series is Conspiracy of Angels, published in April 2012.  In 2016 he launched a new literary tourism initiative with the label "Martha Morgan Country"  - designed to promote NE Pembrokeshire and to encourage fans of the saga to visit many of the key locations from the stories.  The project has a leaflet and a dedicated web site:  http://www.marthamorgan.co.uk

Brian is also in great demand for talks and discussions on creative writing and small-scale publishing. You can contact him through his publishers, Greencroft Books on: 01239 820 470.

Selected Publications:
(all still in print)

Contributed to:
The Winters of the World (editor) (David and Charles, 1979)

Conspiracy of Angels (Greencroft Books, 2012)
In the year 1810, following Martha’s return from voluntary exile on the Isle of Skomar, a black man is shipwrecked on the shore of the island. He dies from his injuries, but two strange and powerful objects find their way into Martha’s hands. Shortly afterwards, she meets a freed black slave, and she agrees to become involved in a secretive anti-slavery movement. At first all goes well, but then things run out of control as she desperately tries to stop a brutal campaign aimed, ironically, at her own enemies. Inexorably she is drawn into a shadowy world inhabited by politicians, aristocracy and assassins -- and it emerges that the security of the state itself is at risk. This is a tightly constructed tale with many unexpected twists and turns. The key characters will be familiar to followers of the Angel Mountain Saga, but marching through the pages of the story are others who are considerably larger than life -- including the famous dandy Beau Brummell, the portly Princess of Ebersdorf, a black villain called John Wesley Jumbie, and General Sir Thomas Picton, who has been cursed, and whose days are numbered.

Acts of God (Greencroft Books, 2014)
The story is set in East Greenland during the Cold War. The story follows the fortunes of several groups of people whose destinies are intertwined.  There is mounting tension between the Americans and the Soviet Union. In 1962 the members of a scientific expedition become the unwitting guinea pigs in a series of grotesque experiments in an arctic wilderness.  At the same time the members of a small Inuit community are evicted from their traditional hunting grounds and are forced to leave their village.  One "Act of God" follows another.  As the death toll mounts, the explorers are too intelligent and too inquisitive for their own good.  They uncover a multi-national conspiracy and realize -- too late -- that an implacable enemy with limitless resources will not allow any of them to survive.  The author hesitates to call this a Cold War Thriller himself,  but accepts that others may well want to call it that……