IS THE WELSH ACADEMY DEAD? 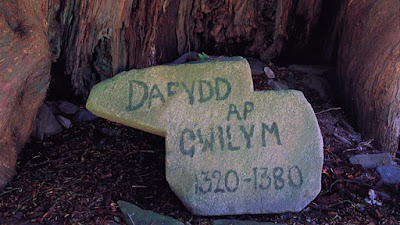 IS THE WELSH ACADEMY DEAD?  THE DEMISE OF THE BARD?

WHAT WOULD OLD DAFYDD HAVE DONE ABOUT IT?

Sadly, the signs are that we of the Welsh writing community are a timid and apathetic bunch, without the corporate willpower to fight for our own industry.  Dafydd, that most spirited of wordsmiths, would be turning in his grave........

I've raised this issue before, and I'm not going to stop raising it, because I feel it is so important. Once upon a time the Welsh Academy was a membership-based organization, but after the creation of Literature Wales it has apparently hibernated or died, although in theory it has 600 paying members.

In other words, it is supposed to do the same sort of job as the Society of Authors and the Writers' Guild in England. It still has a management board made up of the following people:
Tom Anderson (Chair)
Dylan Foster Evans (Deputy Chair)
Lucy Christopher
Catherine Fisher
Delyth George
Matthew Jarvis
Jo Mazelis
Dafydd John Pritchard
Gary Raymond
Eurig Salisbury
Rachel Trezise

No doubt these are excellent people, but how they were appointed or elected is a matter of some mystery. Members are "invited" to join -- and there is no application process. If you are lucky, you may be invited to become a Fellow, and if you are even luckier you might become an Honorary Member. Currently there are two Presidents -- Bobi Jones and Gillian Clarke. There is a longish list of Fellows and a shortish list of Hon Members. These lists can be accessed via the Members' Page:
http://www.literaturewales.org/for-wri…/the-welsh-academy/…/

In 2016 a "Memorandum of Understanding" was signed between the Academy and Literature Wales, which was by that time describing itself as " the national company for the promotion of literature." Membership costs £20 per year (cheques payable to "Literature Wales"). That presumably translates into an income of £12,000 per year. Where does it all go? LW takes £2,500 from the annual subscriptions collected to cover admin and support costs. I'm a member, and I have never seen any Welsh Academy board meeting minutes or annual financial statements. Neither, I suspect, has anybody else. The one valuable service that was provided was the Writers of Wales web-based database which was accessible via the Literature Wales web site but which disappeared without warning about a year ago. Despite protestations that a new database is being built, it is apparent that there is really no intention to replace it.
http://brian-angelmountain.blogspot.co.uk/…/welsh-writers-s…

The Welsh Academy has been allowed (perhaps encouraged?) by Literature Wales to wither on the vine. So there is now no organization in Wales which exists to support the writing community. This is a scandal. Is anybody doing anything about it? It appears not....... and from the great and the good of the Welsh writing community, there is a thunderous silence. Why might that be? Answers on a postcard please......

(Extract from Angel Mountain Newsletter No 6)