Whatever happened to the Welsh Academy? 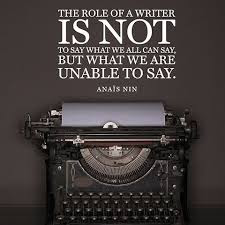 Once upon a time, prior to 2011, there was a membership-based writers’ society called Yr Academi Cymraeg or the Welsh Academy.  It was founded in 1959.  In 1998 the organization took on a much enhanced role when it won a franchise from the Arts Council of Wales to provide a Welsh National Literature Promotion Agency. This new Agency was named Academi. The much-changed and enlarged Academi which emerged delivered literary provision across Wales until 2011, when it joined with Tŷ Newydd Writing Centre to form a new "national company" known as Literature Wales. To quote:  "The Welsh Academy, as the national Society of Writers in Wales, retained its unique identity within Academi. This identity continued to be safeguarded when the Academi was developed to be Literature Wales. While Literature Wales does provide administrative support to The Welsh Academy, a management relationship does not exist between them and both organisations’ decision making processes, management and activity are independent of each other.”  The truth of the matter was that the Welsh Academy became a client or subsidiary organization, entirely dependent upon Literature Wales for its continued existence.

Some years ago the Welsh Academy had about 600 members, and it operated in a reasonably democratic fashion, lobbying on behalf of the writing community where necessary and providing a range of services for members.  It did not have a very high profile, but it was there when you needed it.

Now, however, it is a strange animal, with a presence on the Literature Wales web site but with its own committee and membership list and a somewhat mysterious way of operating. It has its own constitution, adopted on 25th April 2015. But what is its status?  Is it an independent registered charity, or a membership organization with its own articles of association? How does it communicate with members?  What does it actually do for its members? Where are its accounts? Where are the minutes of its meetings? It appears that members are “approved" by the Committee, but the process by which Committee and Management Board members are appointed is very mysterious.  There are currently 11 Board members.  But there are no elections, so who makes the appointments?  Who decides who will be deemed full members, honorary members, and fellows of the society?  (All the names are on the web site, here: http://www.literaturewales.org/for-writers/the-welsh-academy/members/)  Who decided that Bobi Jones and Gillian Clarke should be Presidents? (I have no objections to them at all, but what was the process?) Somebody needs to sort all this out, to define much more clearly what the relationship between Literature Wales and the Academy actually is, and to define the separate functions of the two organizations. A “Memorandum of Understanding” signed in June 2016 goes some way to clarifying the relationship, but leaves a host of questions unanswered.

One of the excellent features of the old Welsh Academy was its web-based membership database, which could be consulted by anybody who wanted a CV or list of publications for a particular writer, or who might be looking for a speaker for a literary festival, for a school visit, or for an evening talk.  This old database worked well, but was at last (about a year ago) taken down because it was effectively beyond repair! There was no clear separation on a list of around 3,000 names between Welsh and English-language writers, fee-paying members and non-members of the Welsh Academy, and active writers and people just vaguely interested in writing or reading. The method for sending personal info in and then loading it onto the database was also incredibly cumbersome, as I remember only too well. The information about some people on the list was many years our of date, and some were even dead…….

In spite of many promises from Literature Wales, the writers’ database has not been revamped or replaced, and one doubts that this is anywhere near the top of the list of priorities, at a time of great uncertainty.  LW staff say that if anybody wants a speaker they will recommend one who might be appropriate, and that requests for information about a particular writer will be handled efficiently.  That is all very well, but how do we, as Academy members, know that LW will be genuinely impartial and will not promote or favour certain writers over certain others?  That is, to put it mildly, a deeply unsatisfactory state of affairs.

So what is to be done?   For a start, the Welsh Academy should be much more transparent about its modus operandi.  It is, after all, owned by its subscribers or members — or it should be.   Then it should use its subscription income (maybe about £12,000 per year?) and whatever other monies it has, to set up a new database of Welsh writers -- only open to those who pay for membership. It should devise a template easy for writers to use online, communicate with all its members and fellows about its proposals, and get on with this as quickly as possible. It should abandon forthwith the practice of "inviting" approved writers to become members, since that dates from some ancient era of clubby elitism which is long gone. It should encourage membership applications from all bona fide writers in Wales.  It should not accept readers, politicians, publishers, critics and other interested parties into membership, but there is no reason why Literature Wales should not keep another mailing list for supporters, politicians, booksellers, publishers and all others who want to be kept abreast of new initiatives and receive newsletters etc.  In all probability it has such a list already.

The status and fate of the Welsh Academy are matters that escaped the attention of the Independent Review of Support for Publishing and Literature in Wales, recently reported on by Prof Medwin Hughes and his Panel.  That’s a pity, since unless they assert themselves, Welsh writers will remain a part of a begging-bowl culture, subservient to large and powerful bodies like the Welsh Books Council, Arts Council Wales, and Literature Wales (if it continues in existence after 2017).

Wales deserves a fully functioning “society of Welsh writers”, and I hope that Tom Anderson (the current chair) and his Management Board can find a way forward by restoring a degree of independence from Literature Wales at a time of great change in the Welsh literary and publishing scene.

Here are four organizations / templates for writers databases in England, Ireland and Scotland.  No point in re-inventing the wheel.........
http://www.societyofauthors.org/Our-Members/Author-Search
https://writersguild.org.uk/find-a-writer/
http://scottishbooktrust.com/author-search
http://www.irishwriters-online.com/casey-philip/
Posted by BRIAN JOHN at 07:17