The Spirit House at Brithdir Mawr 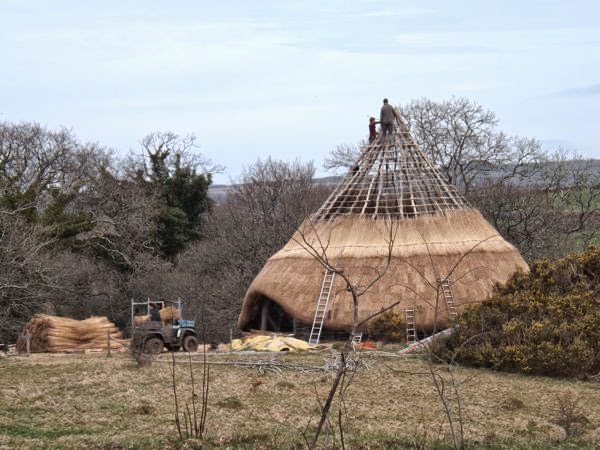 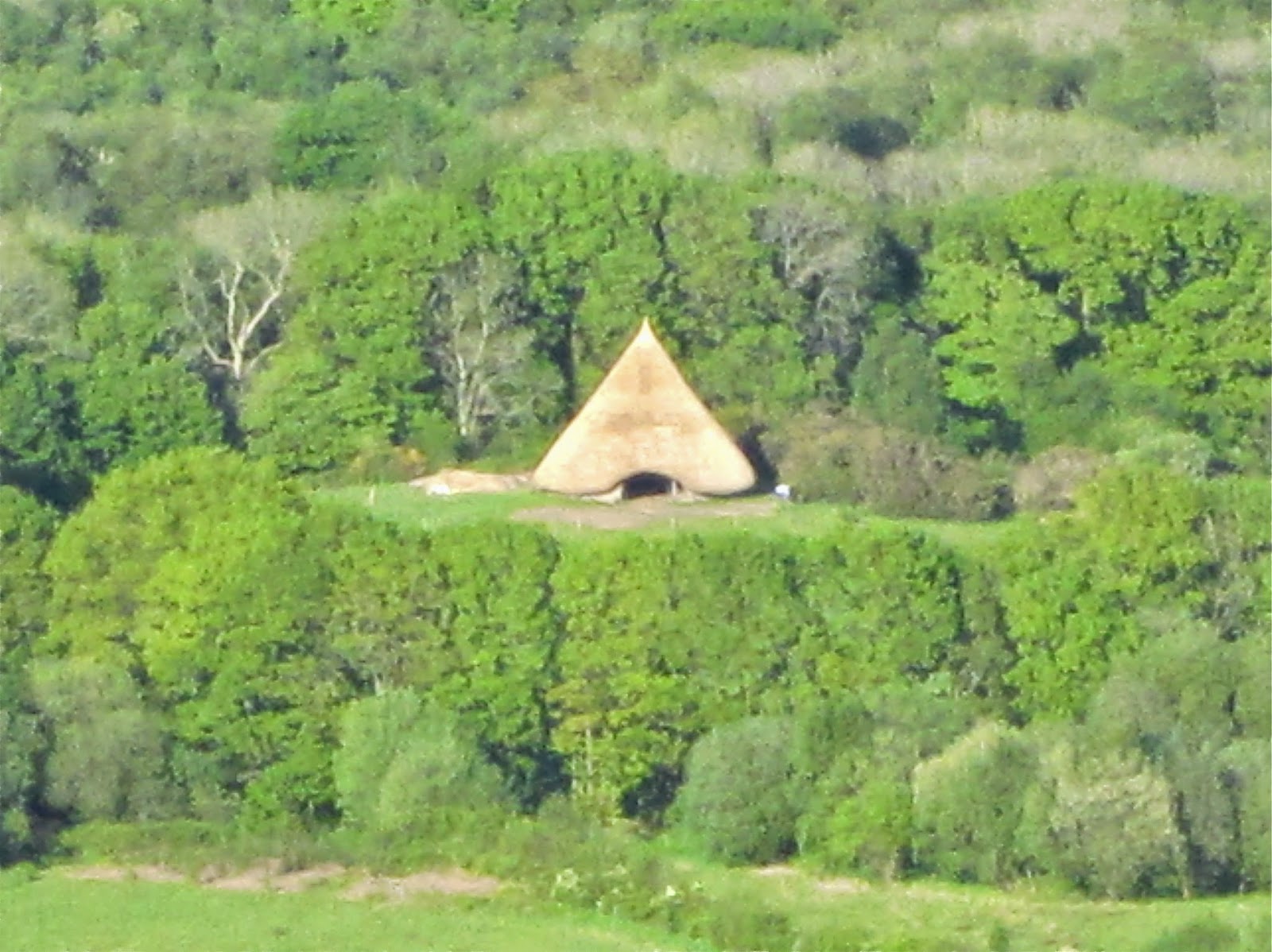 The finished Spirit House, seen from the slopes of Carningli

This is an interesting new feature in the landscape -- the Spirit House built by Emma and the members of the Brithdir Mawr community.  It looks a lot like the thatched round houses built at Castell Henllys and now run as an educational / visitor centre to teach people about the Iron Age.  Given the obvious similarities, the National Park could not very well turn this one down when they received the planning application (yes, it has planning consent!), having given themselves consent for the cluster of thatched round houses not so far away.......  so that was a pretty smart move on the part of the folks at Brithdir!

Another reason for the planning consent was probably that this is classed as a "religious building" and meeting house -- it is not intended to be a dwelling house. I have never quite understood the logic of the planning laws which say that new dwellings are not OK in most locations in the countryside,  whereas buildings not intended to be lived in are OK.  The environmental / visual impact is exactly the same.........

Anyway, there it is, and I really like it!  Let's hope it brings pleasure and spiritual awareness to lots of people in the future.  The entrance looks straight up at Carningli, so the mountain is clearly the place where the spirits are deemed to be.  Haven't we heard that somewhere before?
Posted by BRIAN JOHN at 13:35