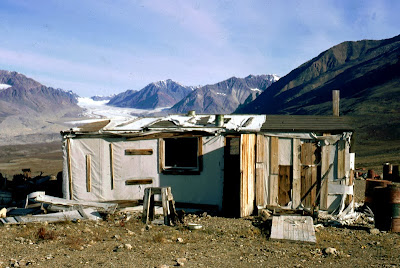 Another cabin story.....posted on Facebook but worth sharing........ This cabin is an old and battered trapper's hut in East Greenland, in the area where we worked in 1962 with the OU East Greenland Expedition.   In 1970 a member of another expedition came across the hut and decided to stop the night there. There was no means of lighting, so he thought he'd root around to see if there were any candles anywhere. In a dark windowless room at the end of the shack he found a big box which seemed to contain a nice supply of candles. It was too dark to see what he was doing. So he lit a match and was just about to light one of the "candles" when he realized that it felt a bit squishy. So he looked more carefully at it, by the light of the match flame, and saw that it was a stick of dynamite. The box was full of old sticks of dynamite, obviously left by some geological prospecting party years before. (The explosives had probably been intended for geophysical / seismic work.)  Not only that, but next to the box were some glass jars that contained nitro glycerine.......... so there we are then.

The explorer lived to tell the tale. Take whatever lessons from it that may be appropriate......
Posted by BRIAN JOHN at 10:03 No comments: Links to this post 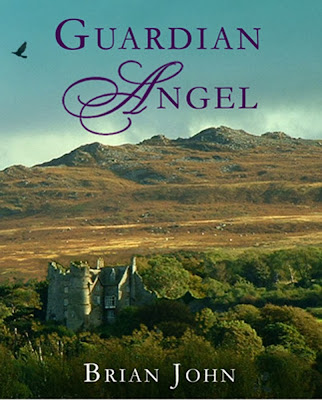 This is just to let you know that Guardian Angel" (vol 6 in the Angel Mountain Saga) is now available via Amazon in a Kindle edition.  At a ludicrously low price.  Here is the link if you want to get it:

This hasn't been the most popular of the Angel Mountain books (mind you, it's still sold 2,000 copies, so that counts as a best-seller in Wales) -- partly because many readers thought that with Martha having died at the end of "Flying with Angels", that was that.  But they hadn't reckoned with the fact that Martha is indestructible..........

And I do have a soft spot for this story.  It's really an allegory or a fairy story, told in a somewhat tongue-in-cheek fashion, and with hardly any real violence in it.  It's a GREAT contrast with the story told in "Sacrifice" which followed as number 7 in the series.

There are several characters in this story for whom I have very soft spot -- including the child Merlin, the policeman who says everything at least twice because he thinks it makes him sound "official", and of course Wilmot Gwynne......
Posted by BRIAN JOHN at 05:30 No comments: Links to this post

Acts of God -- the Album 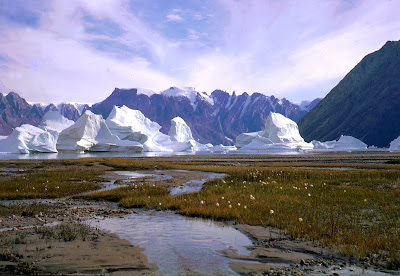 For those who want to check out the location in which the new story is set, I've assembled an album on Facebook.  Just click on the link, and off you go into an exotic world of glaciers, gigantic fjords and mountains, trackless tundra, and ice-infested waters, populated by mad power-crazed villains, polar bears and bemused Greenlanders........ with a group of innocent explorers caught up in very dark deeds.  There -- that's enough purple prose for the time being...... 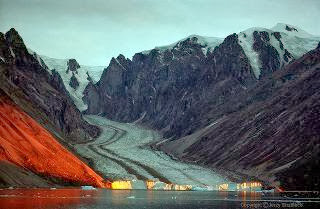 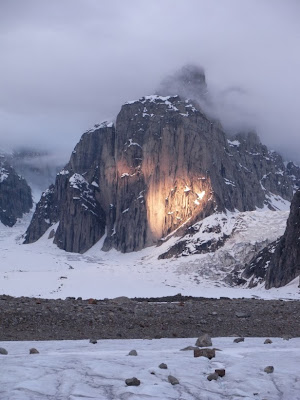 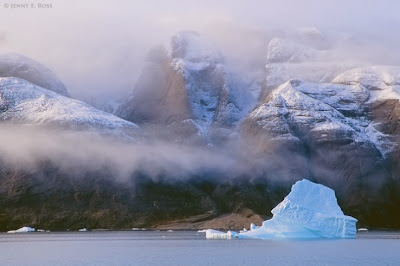 Posted by BRIAN JOHN at 05:02 No comments: Links to this post 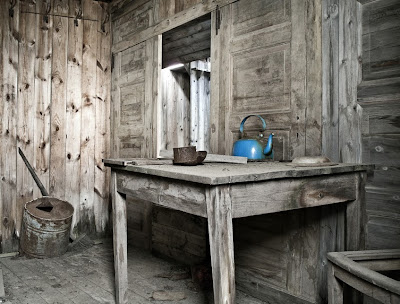 Inside one of the East Greenland trappers huts -- one rather like this figures prominently in the story.  I love this photo -- the texture and muted colour of the wood and the single bright splash of colour in the rusty kettle.......

I have just finished the third draft of the new novel -- incorporating a multitude of changes as suggested by my faithful and ever-helpful readers.   For the most part, the comments were exactly in tune with what was in my own mind.   I created the first draft at very high speed -- about a fortnight of writing -- and intended that it should tell the story in bare outlines, sticking to the thriller format of keeping things MOVING at all times!  I knew that in thrillers you don't have much time to spend on purple prose and character development -- in many thrillers you really have no idea what the hero looks like or what motivates him, and more often than not you couldn't care less.....  Speed is what matters, and to hell with depth.  But that's not very satisfying from an author's point of view -- the interactions between characters are what gives novels their appeal, and a story is much more likely to be popular (I hope!) if the reader empathises with the main characters and actually has an interest in what happens to them as the story unfolds.

So the main comment was that the characters had to be fleshed out more -- and I have obliged on that score, while pushing the word count up from 67,000 to 97,000.  There are now much better descriptions of the key players in the story, many more interactions between them, a whole host of moral dilemmas, new characters who bring extra dimensions to the story, many more adventure episodes, and a more fully fleshed out climax to the story.

The next task is to find an agent ---- and things are moving along on that front.

In the meantime, I keep on finding more and more fantastic images of the area in which the story is set.  East Greenland -- it doesn't get much more exotic! 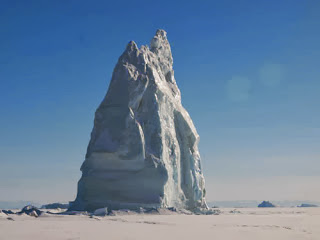 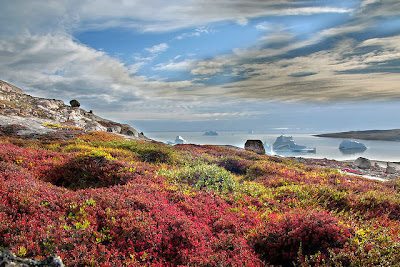 Posted by BRIAN JOHN at 04:46 No comments: Links to this post