Old map of the territory 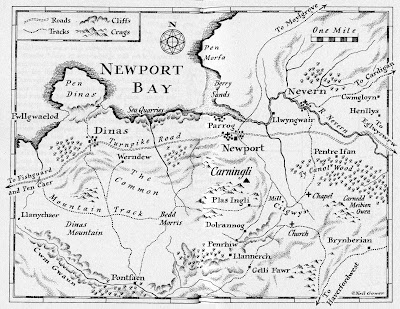 I love this map of Carningli, Newport and the surrounding terrain!  It looks ancient, but it was drawn by Neil Gower for the Corgi editions of my books.  It looks old and battered, as if it has been folded and unfolded, and used many times over, and passed down from generation to generation......

House of Angels is now free for Kindle 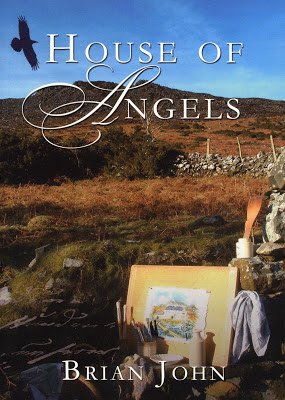 I have just launched a new freebie promotion  for HOUSE OF ANGELS, volume 2 of the Angel Mountain Saga.  It will go on for 5 days -- starting February 14th and ending February 18th.  So if you have a Kindle reader, and would like a copy, it can be obtained here:

Part adventure, part romance, part tragedy, this has been described by reviewers as a splendidly imagined tale and a compulsive read.

Martha Morgan, the beautiful young mistress of the Plas Ingli estate, is warned that trouble is brewing for her family. She tries to carry on with her life - but then she receives the most terrible news that any young wife can imagine. David, her husband, is dead.  Despair threatens to overwhelm Martha, but she has many responsibilities and must live up to expectations.

Little by little, with help from her family and from some of the more colourful local characters, she sets out to prove that she is more than a match for the scoundrels who have committed an appalling crime. The villains seek the gold hidden somewhere on the estate, and they have plans for Martha too. But she has a mind of her own, and she is very angry......

From a technical point of view, this is the novel that gives me the greatest satisfaction, since there are five different storylines woven tightly together.  During the writing, great concentration was needed to make sure that there were no loose ends at the end......  and just enough openings for character and story development in later novels.

Find out more on the new web site:

http://www.brianjohn.co.uk
Posted by BRIAN JOHN at 03:03 No comments: Links to this post